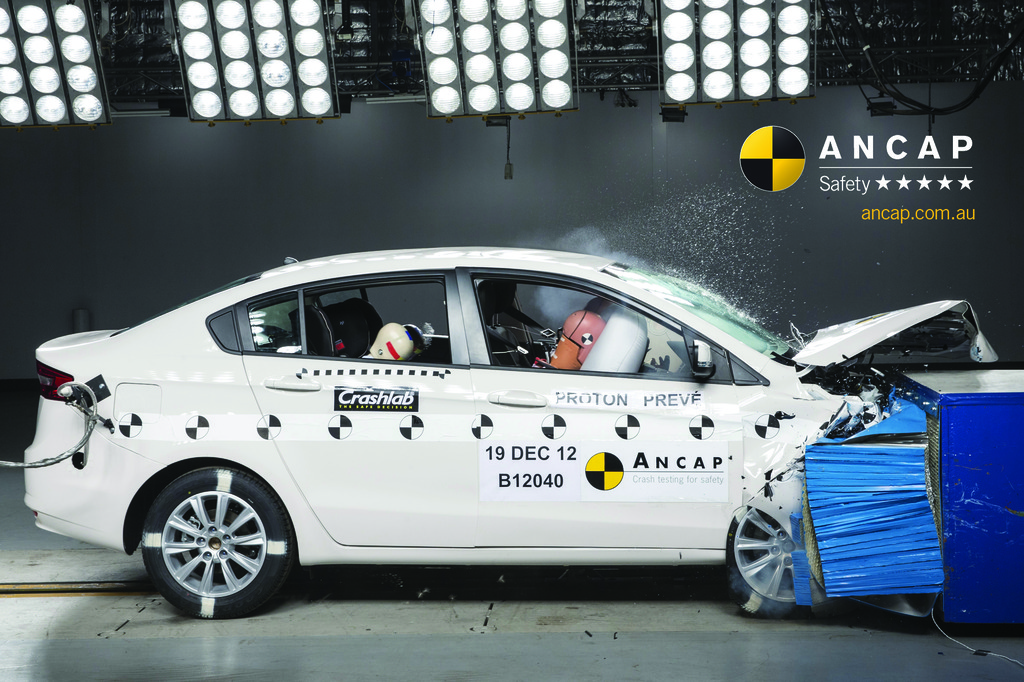 ANCAP today congratulated Proton on its commitment to safety following the new Proton Prevé achieving a 5 star ANCAP safety rating. The Prevé is a relatively low cost car, competing in a very popular segment of the market.

The Prevé scored well across all ANCAP crash tests which led to the 5 star safety rating. The Prevé is sold as standard with dual frontal, side chest and side head-protecting (curtain) airbags as well as a range of other safety features. The new vehicle’s structure is much improved over previous Proton models tested by ANCAP.

"This is the first 5 star ANCAP safety rating for Proton - a testament to the commitment of Proton senior management and its engineers to incorporate high levels of safety into their new vehicles."

"Proton hasn't let the previous poor results for its vehicles hold it back, rather they've used this as incentive to strive for the top safety rating for the Prevé."

"A lot of time and effort has been invested in improving the design and safety equipment of the Prevé and it is reassuring to see Proton reach this mark."