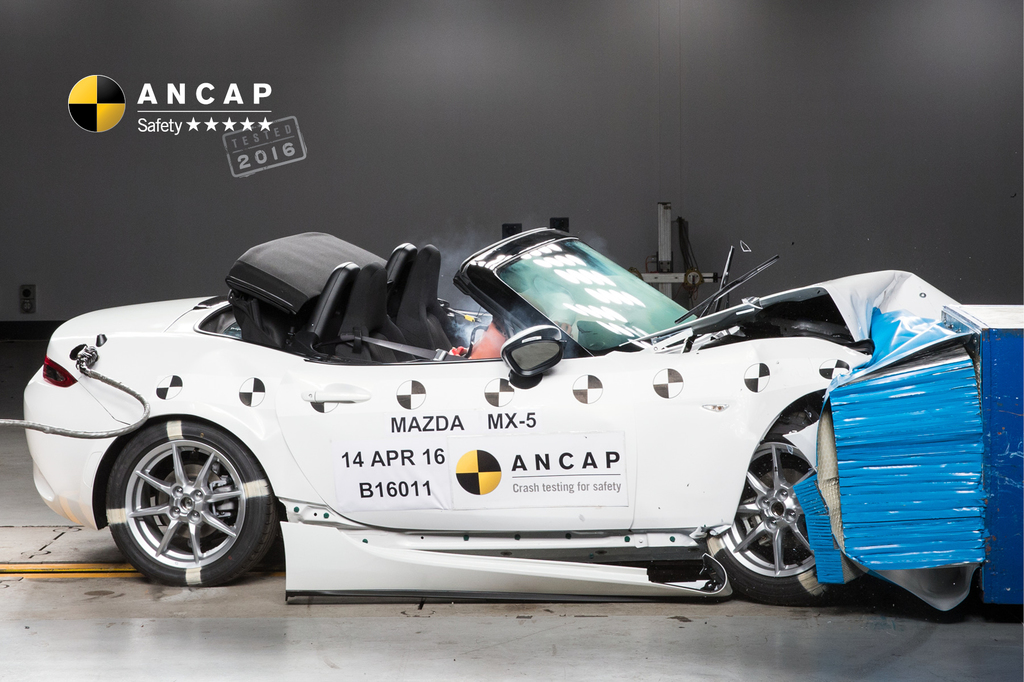 Noting the previous MX-5 held a 4 star ANCAP safety rating, Mr Goodwin said, “This is a significant improvement on the model it replaces.”

“Their structures obviously differ so additional engineering elements are needed in order to provide the same levels of structural safety,” he added.

The frontal offset, side impact, pole and whiplash tests each revealed high scores but the most impressive area of assessment was pedestrian protection.

“Not only has the MX-5 performed well in each of the impact tests, this is the highest pedestrian protection score we have seen for any vehicle to date,” he said.

The MX-5 has an active, or ‘pop-up’, bonnet which is designed to provide extra clearance between a pedestrian’s head and the vehicle’s stiff components beneath.

“This active safety feature, which is only on a small number of models in our market, helped it achieve a high score for the protection of adult and child pedestrians,” said Mr Goodwin.

The MX-5 achieved a pedestrian protection rating of ‘Good’ scoring 33.72 points out of a possible 36 points. Its closest competitor is the pedestrian airbag equipped Volvo V40 with a score of 31.76.

“As a newly designed model – one that is likely to remain in the market for some time – it is concerning to see these important safety technologies have been overlooked.” 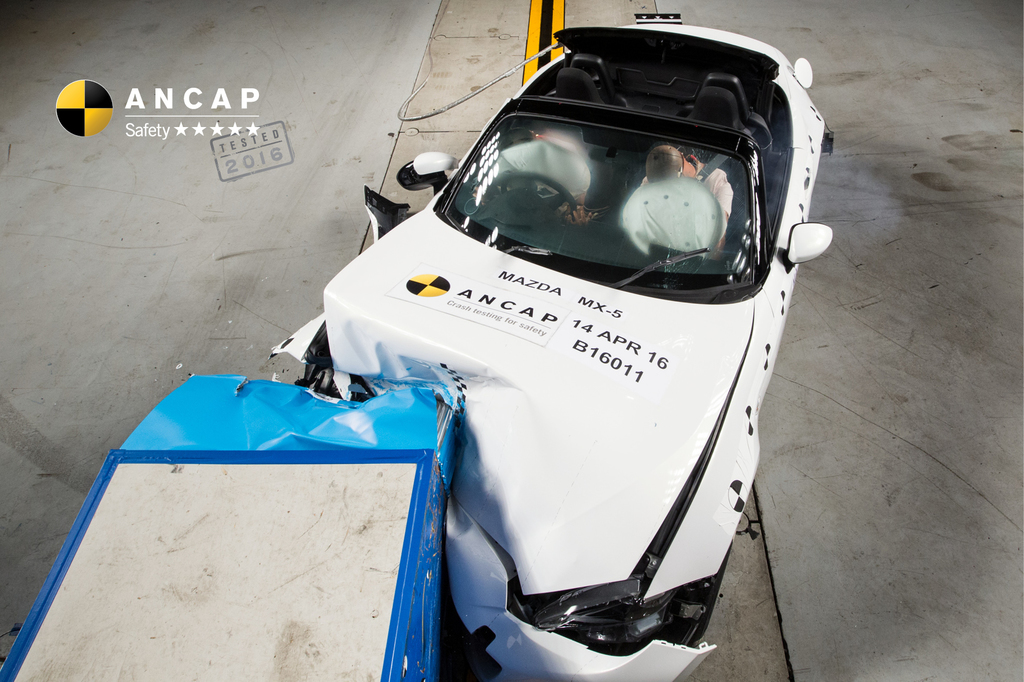 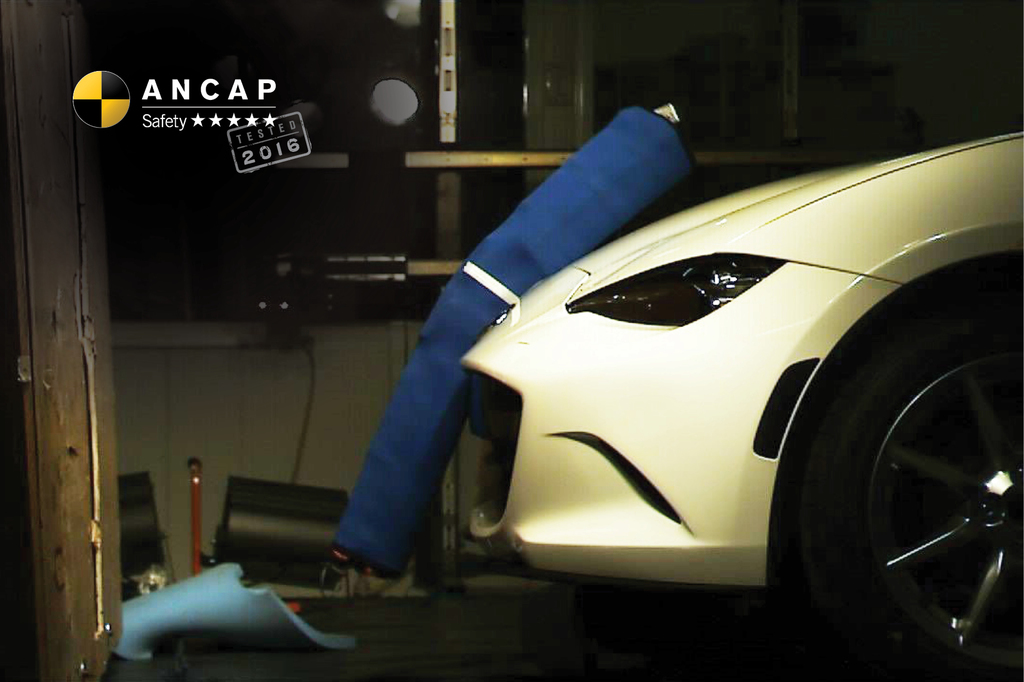 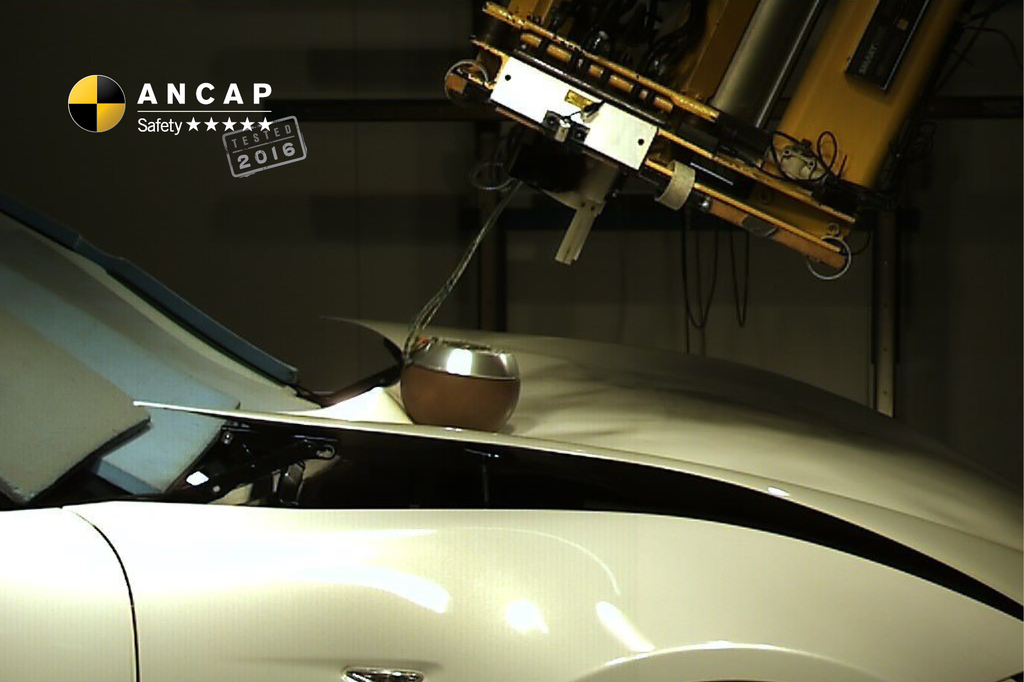 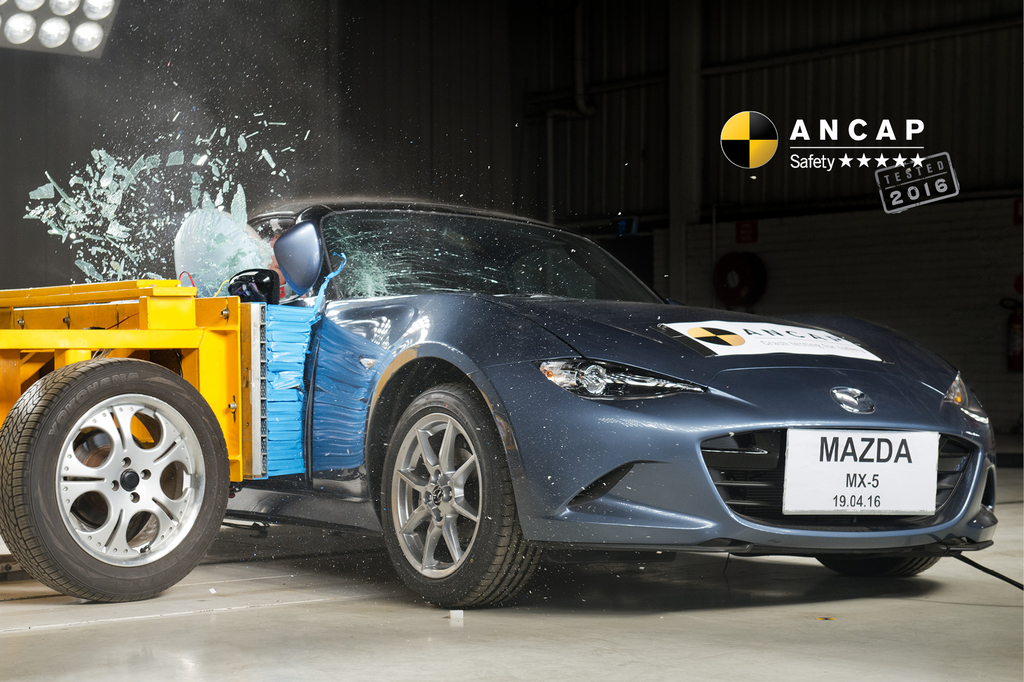 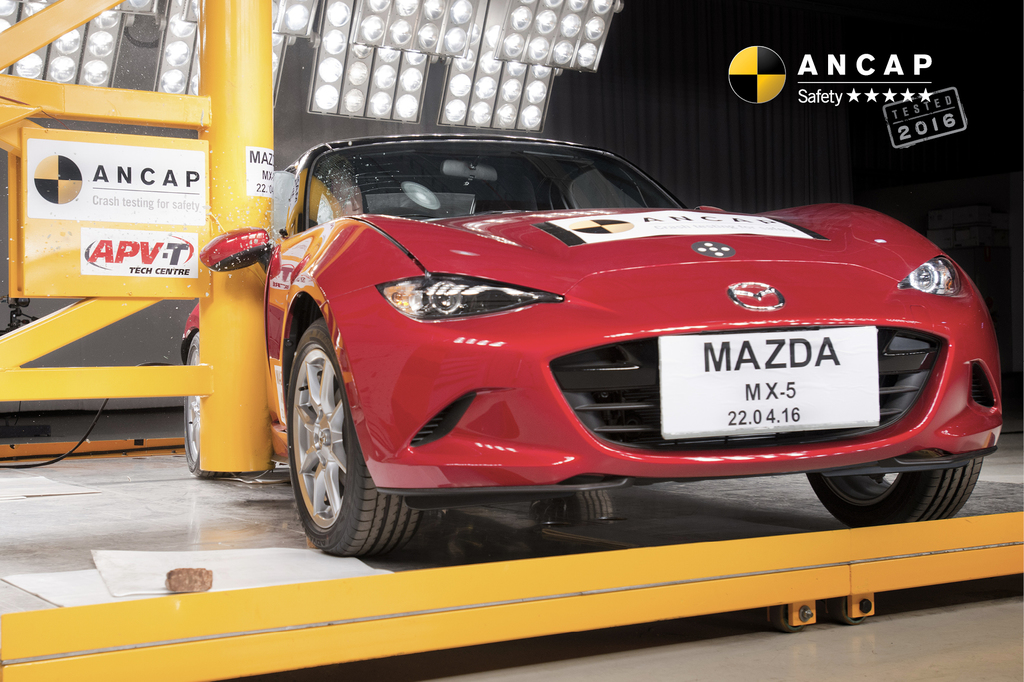