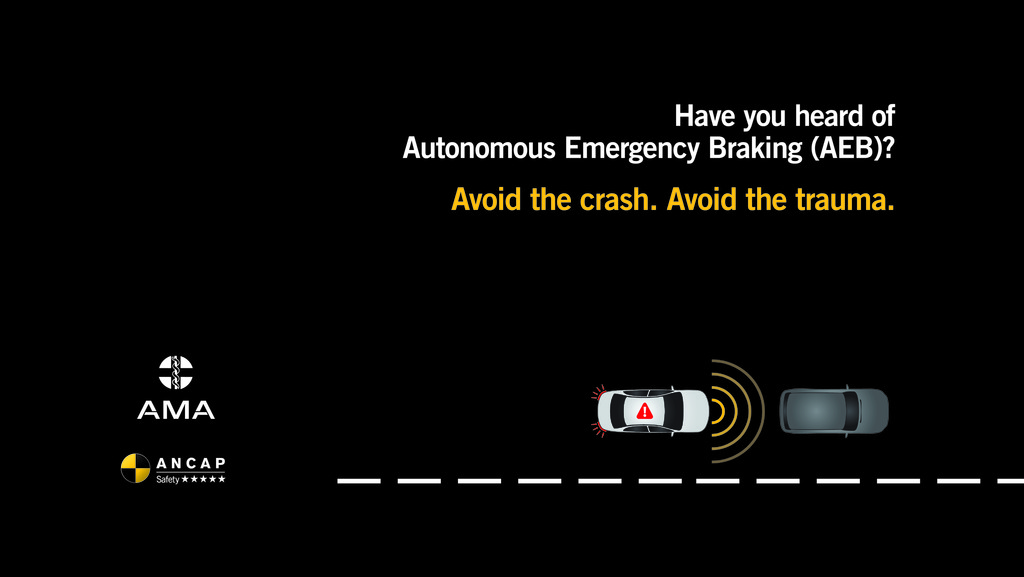 Launch of ‘Avoid the crash, Avoid the trauma’ campaign

AEB is an advanced driver assistance technology that is proven to reduce the number and severity of vehicle crashes and associated trauma. AEB systems use camera and sensor technology to detect the speed and distance of objects in the vehicle’s path, and automatically brake if the driver does not respond.

Launching the ‘Avoid the crash, Avoid the trauma’ campaign at Parliament House in Canberra today, AMA President, Professor Brian Owler, called on politicians, the car industry, and all road users to join the push for adoption of new technologies such as AEB to make cars safer and save lives.

“The key is making cars safer, and educating drivers about the risks of speeding and careless driving,” Professor Owler said.

“Too often, I see the horrific injuries and loss of life caused by road crashes when drivers get it wrong.

“Road safety and public health go hand in hand. Road trauma has an enormous impact on the lives of everyday Australians and our health system.

“We must do all we can to eliminate it, and governments have an important role to play, especially in working with the car industry to make cars safer, preferably by making life-saving technology like AEB standard features in all new cars.

“The safest cars should be in reach of all Australian drivers.

“Vehicle technologies such as AEB can help reduce road trauma at a much faster rate than we are seeing now.”

ANCAP Chief Executive Officer, Nicholas Clarke, said that new cars available in Europe, Japan and the United States are seeing AEB fitted as standard, while in Australia, it is either a costly option or not offered. Similar progress is being made with large trucks.

“AEB is a technology that will reduce the number of deaths and injuries from road crashes,” Mr Clarke said.

“While the number of people killed on Australia's roads is declining, road crashes are still unnecessarily killing around 1,200 people every year. Technology like AEB will go a long way towards reducing the number of fatalities,” Mr Clarke said.

The AMA and ANCAP are calling on the Australian Government to help make AEB a reality in all new cars sold in Australia by:

A video of a Don’t Rush campaign advertisement is available at: http://roadsafety.transport.nsw.gov.au/campaigns/dont_rush/dontrush.html 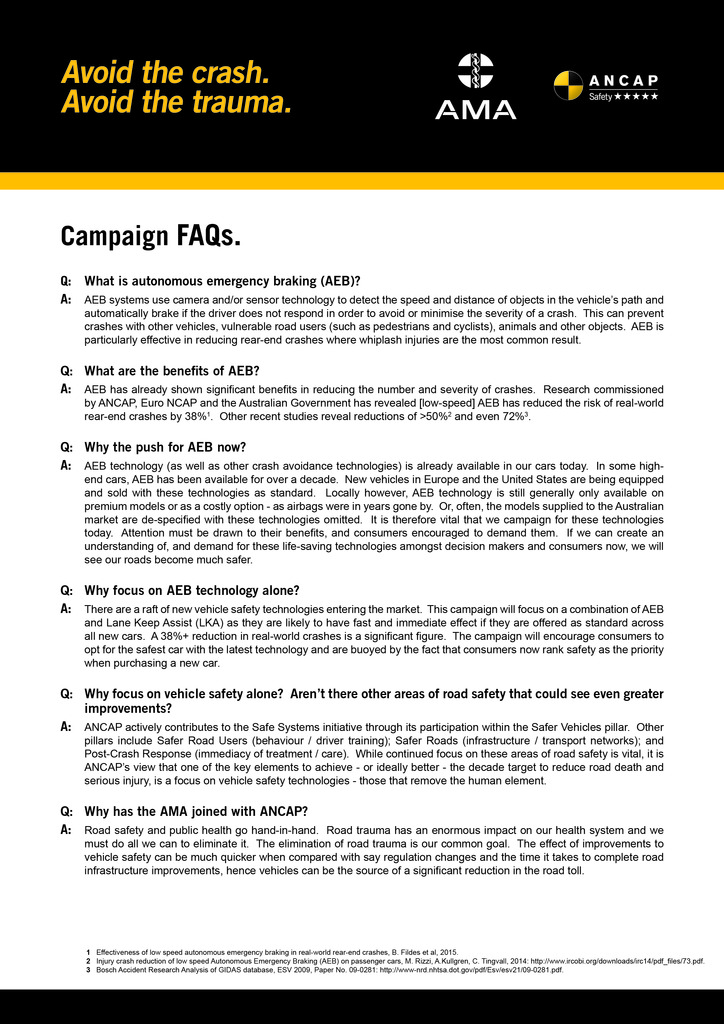 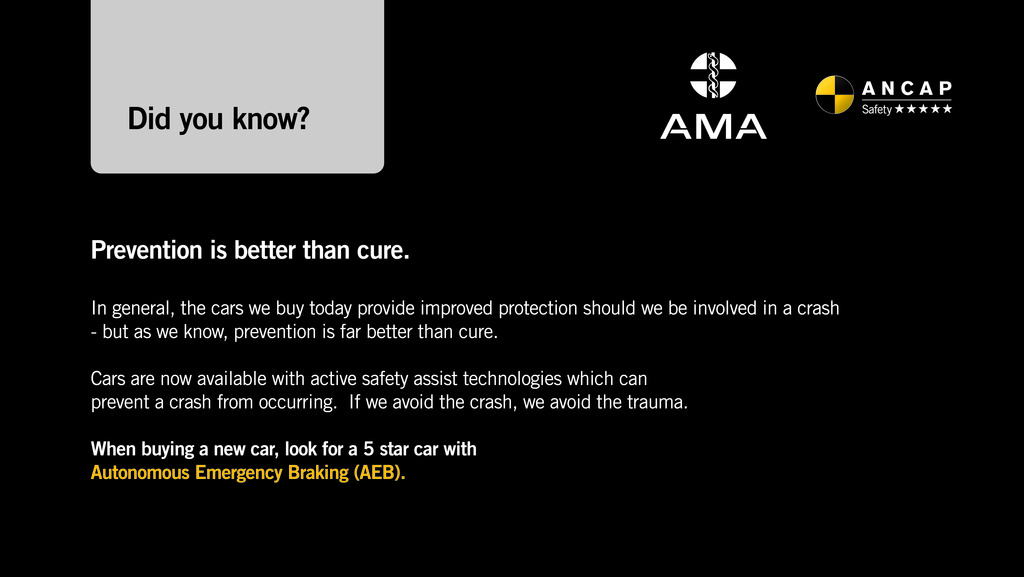 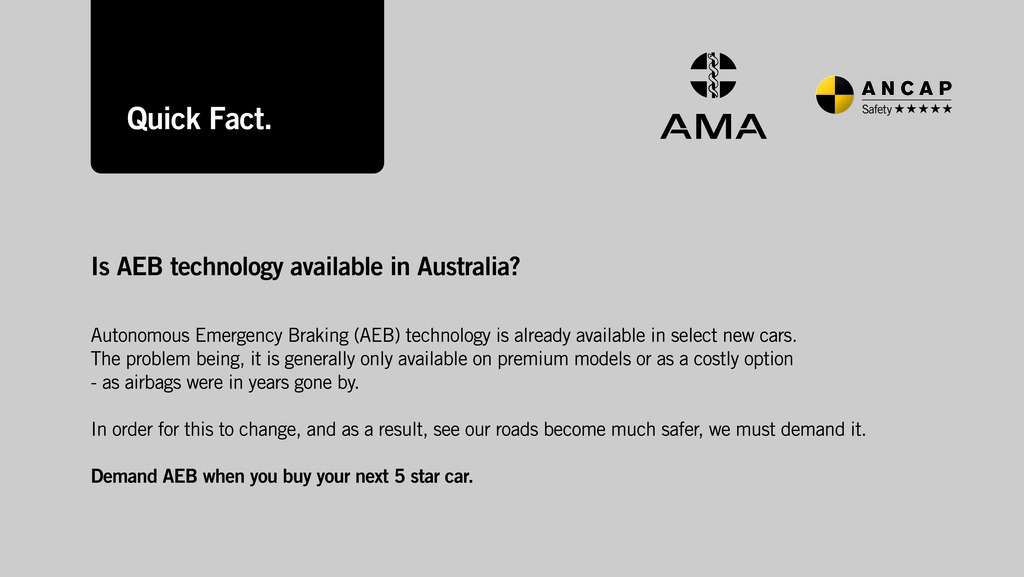 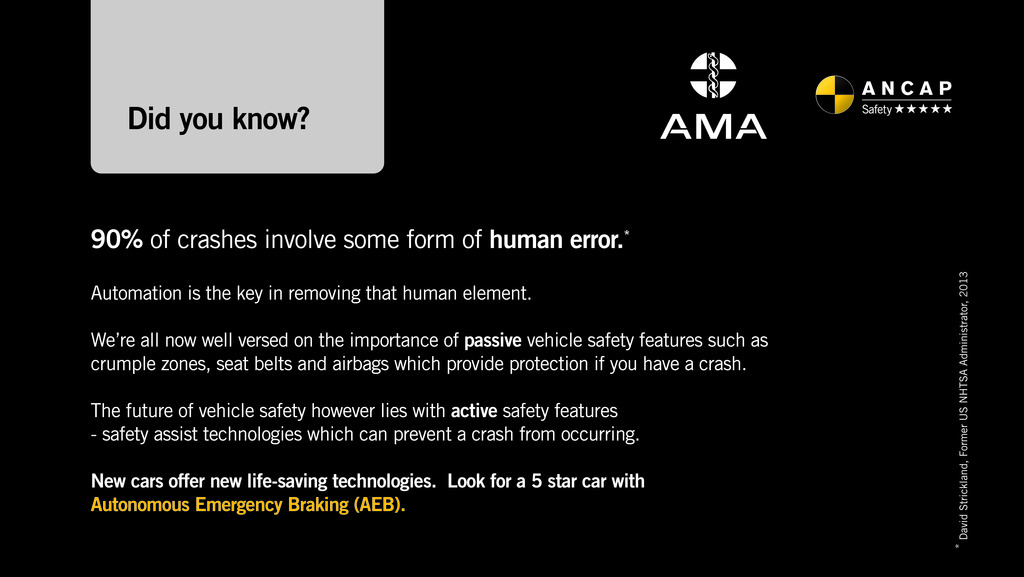