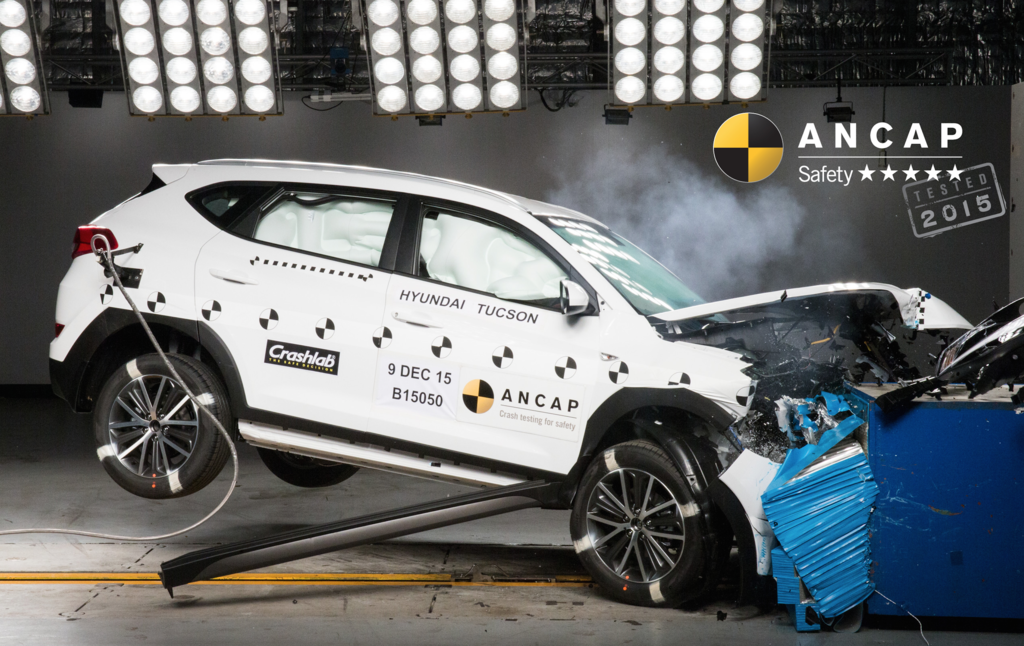 The rating applies to all Tucson variants built from 17 November 2015 in South Korea and 16 December 2015 in the Czech Republic when several safety-related improvements were introduced. 2015 model Tucson’s built prior to these dates either have a 4 star ANCAP rating (2.0 litre GDi variant) or are unrated.

“It is encouraging to see Hyundai make a number of design and production changes to improve the safety of the vehicle and we commend them for acting quickly to implement the improvements,” ANCAP Chief Executive Officer James Goodwin said.

“The changes significantly improved the vehicle’s performance in the frontal offset test which would reduce the possibility of injury to occupants in the event of a crash,” he said.

“This is a positive example of the importance of local, independent testing and ANCAP working proactively with vehicle brands to ensure we have the safest vehicles on the Australasian market,” Mr Goodwin said.

“Consumers considering purchasing a new or used Tucson should check the build date to avoid any confusion over the ANCAP safety rating,” he said.

The first ANCAP test of the Tucson in September 2015 revealed the structural integrity of the driver footwell was compromised and there was excessive rearward brake pedal movement in the frontal offset test, limiting it to a 4 star rating. Hyundai subsequently implemented a number of safety-related improvements and the updated vehicle achieved a 5 star ANCAP safety rating.