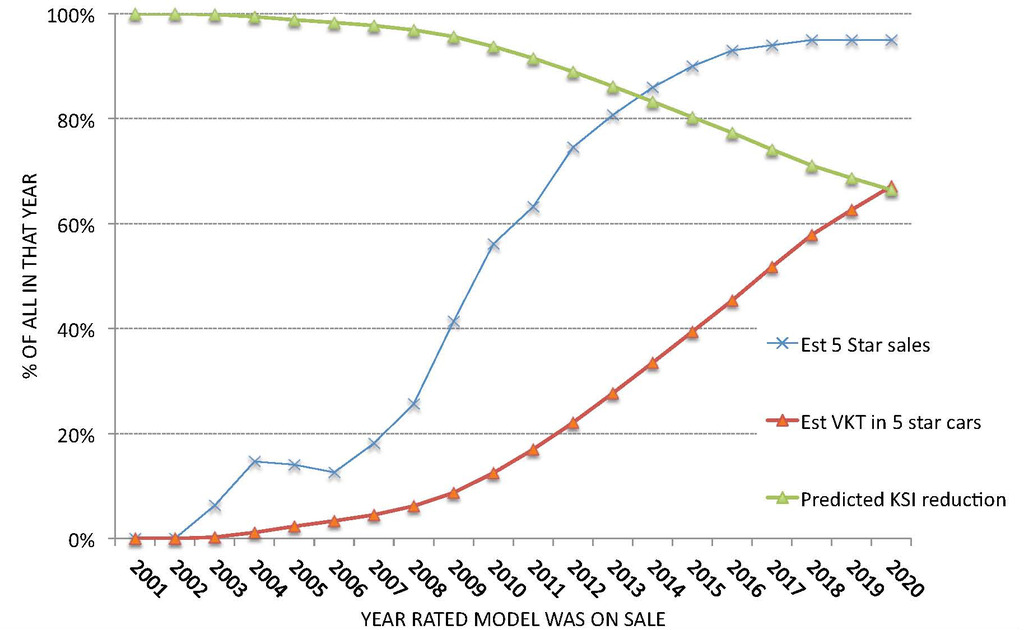 During 2015 it is estimated that around 40% of annual kilometres travelled will be in 5 star cars. By 2020, it is predicted that this will increase to nearly 70%. As a result, ANCAP estimates that there will be 1/3 less Australians killed or seriously injured in cars by 2020. The societal cost savings are estimated to be more than AU$2 billion per year.

These key findings were presented by ANCAP at the 24th International Technical Conference on the Enhanced Safety of Vehicles (ESV) which opened in Gothenburg, Sweden, today.

Due to the uptake of 5 star cars across the Australian fleet, ANCAP predicts a one-third reduction in the number of Australians killed or seriously injured by 2020, compared with 2001, when there were no 5 star rated cars on our roads.

"As a result of safer cars, the risk of being killed or seriously injured on Australia's roads today is halved compared to 15 years ago," said ANCAP Chief Executive Officer, Mr Nicholas Clarke.

"ANCAP has been instrumental in increasing car safety and this will only increase as ANCAP continues to raise the bar through increasing requirements."

The paper evaluated the uptake of key safety features such as curtain airbags, electronic stability control and intelligent seat belt reminders between 2001 and 2014. The uptake of these features strongly influenced through the ANCAP rating system.

"Every dollar invested in ANCAP translates to a saving of several hundreds of dollars in societal crash costs."

"We can expect to see similar savings across other world regions in which non-regulatory NCAP programs exist," said Mr Clarke.

The paper, Vehicle safety trends and the influence of NCAP safety ratings, is one of four papers published by ANCAP at the conference.

ESV is an international forum organised by the US Department of Transportation's National Highway Traffic Safety Administration (NHTSA) which provides the opportunity to share innovative advances in motor vehicle safety and encourage international cooperation. It is attended by governments, automobile manufacturers / suppliers, safety researchers and professionals, medical, insurance, legal and policy professionals, consumers and academia from across the globe. 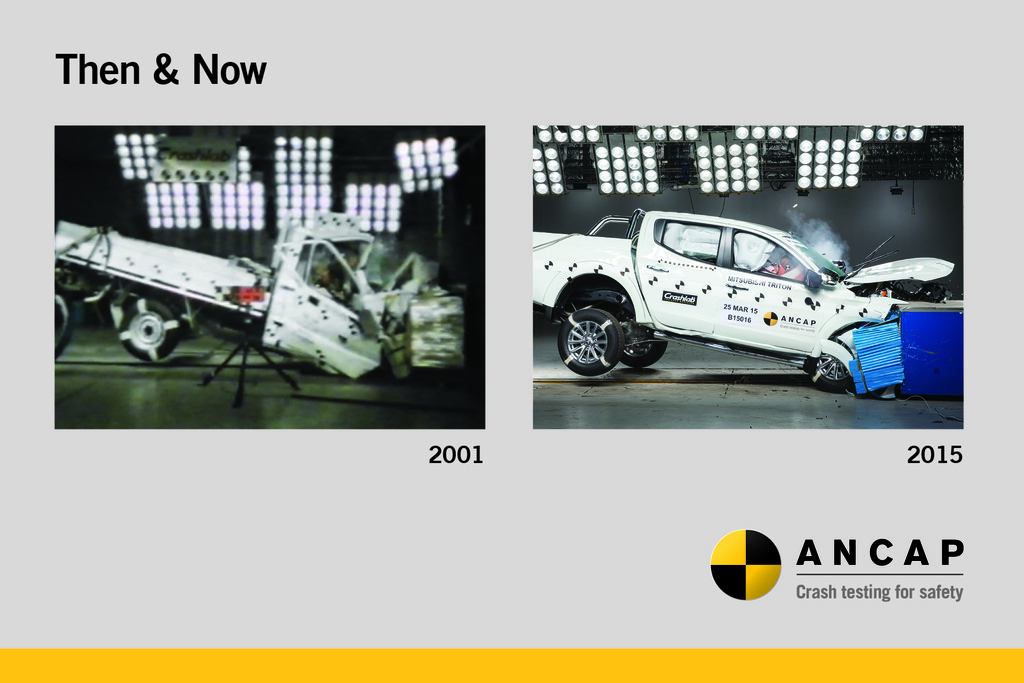