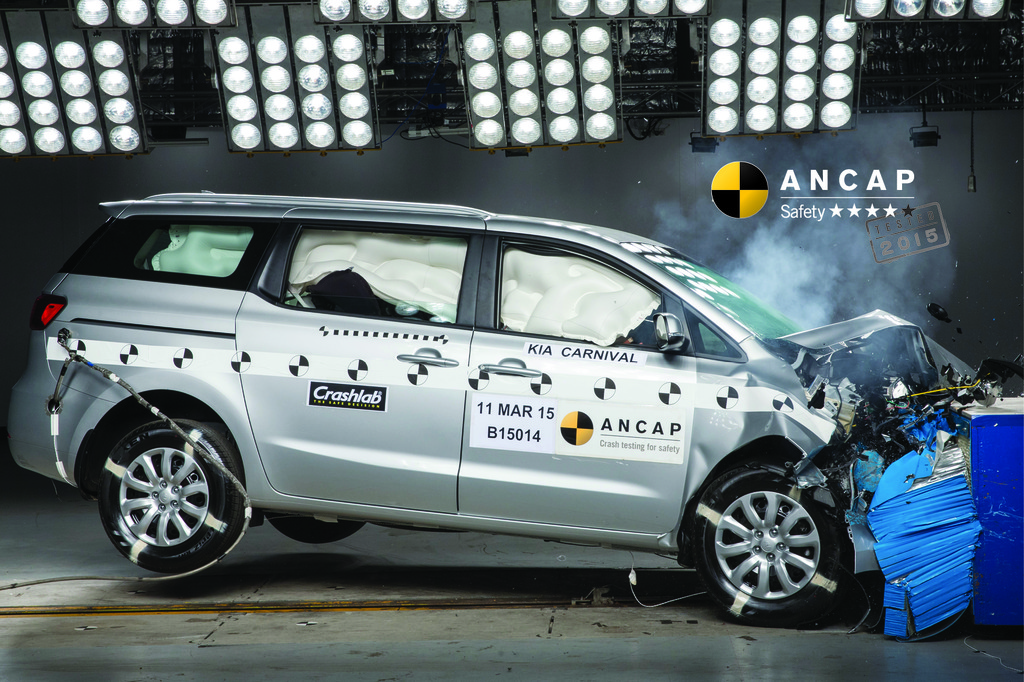 A 4 star ANCAP safety rating has today been released for the new Kia Carnival people mover. This disappointing 4 star rating is a result of less than optimal performance in the frontal offset crash test and the omission of a required safety assist technology.

Following the conduct of physical crash tests and assessment of its active safety features, the Kia Carnival has fallen short of attaining the desired 5 star ANCAP safety rating in both areas of assessment.

The frontal offset test - which simulates a head-on crash - revealed there is heightened risk of serious injury to the legs and feet of the driver. There was excessive movement of the park and foot brake pedals and significant footwell deformation. Dash components were a potential source of injury to the knees.

Commenting on recent media speculation about the likely rating for the Carnival ahead of ANCAP's independent testing, ANCAP Chief Executive Officer, Mr Nicholas Clarke said, "It is always sensible to wait until testing is complete and an official ANCAP safety rating issued."

"The ANCAP test and assessment process involves many elements and requires significant specialist expertise to determine the final overall rating. Speculation as to a vehicle's rating ahead of publication simply leads to consumer confusion."

"Independent testing is the best way to determine the overall safety of a car. The inclusion or omission of one or more safety features does not necessarily translate into an automatic increase or decrease in star rating. There are a variety of factors which come into play," said Mr Clarke.

"This reinforces the need for the continuation and broadening of independent physical crash testing. This will ensure manufacturers remain cognisant of the very foundation of car safety - a sound structure."

"This, in conjunction with active safety technologies which can prevent or reduce the effects of a crash, are vital ingredients in saving lives on our roads." 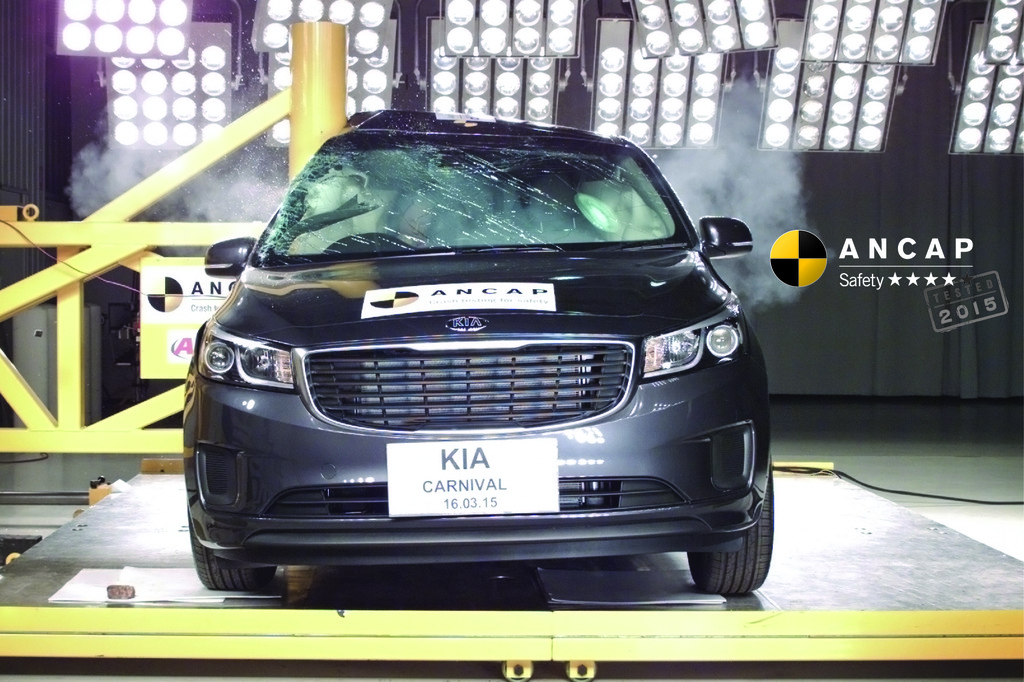