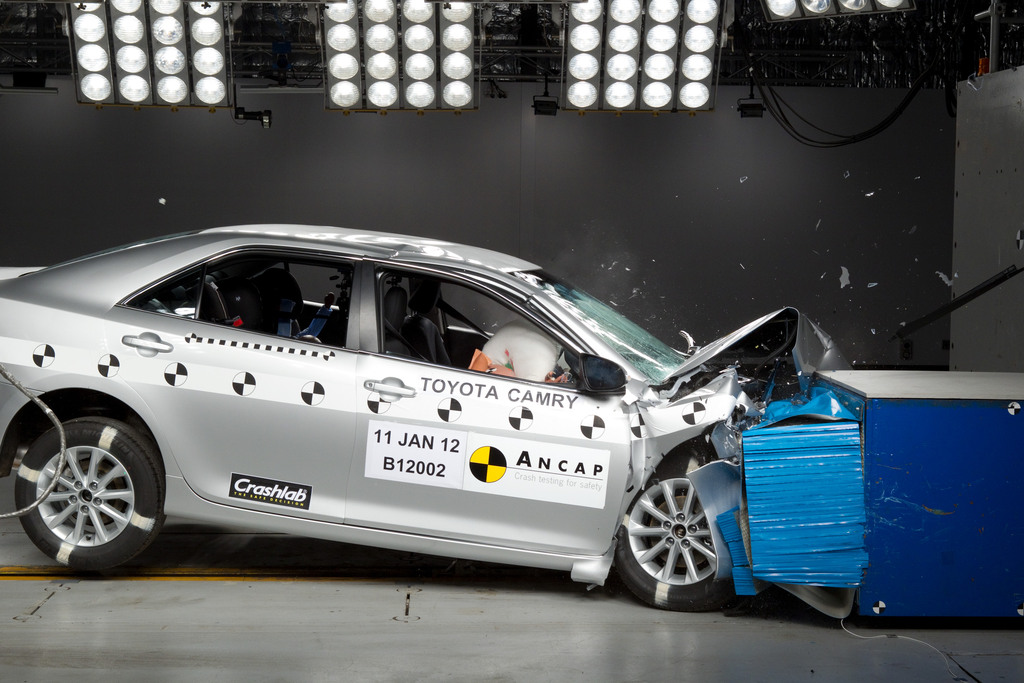 ANCAP also announced that the first of the Chery vehicles to be tested by any consumer crash test program in the world has been given a 3 star rating.

ANCAP Chair, Lauchlan McIntosh, said Toyota had made changes to safety features in the Camry and Hybrid Camry to upgrade it to 5 stars.

The Camry and Camry Hybrid achieved 5 star results as a result of production changes introduced by Toyota - this includes improved protection for the driver’s knees and the introduction of a passenger seat belt reminder in the vehicle,” Mr McIntosh said.

"Seat belt reminders are an important safety feature. Around one in five people who die as a result of road crashes in Australia are not wearing seat belts. Indeed, under ANCAP's recently released Roadmap, seat belt reminders will become mandatory for front seats for a 5 star rating from 2013.

"The recently introduced Chery J1 received only a 3 star ANCAP rating after recent testing and lost structural integrity in the frontal offset crash test at 64km/h, which would result in considerable injury risk for the occupants.

"There was also poor protection from serious chest injuries for the driver in both the frontal offset and side impact crash tests. We were concerned over the lack of head-protecting side airbags and electronic stability control on this model. These life-saving features are available on competing models from other manufacturers – many of which have a 5 star ANCAP rating.

"ANCAP was pleased that engineers from Chery travelled to Australia to attend the crash tests and discuss how to improve their products with ANCAP technical staff." 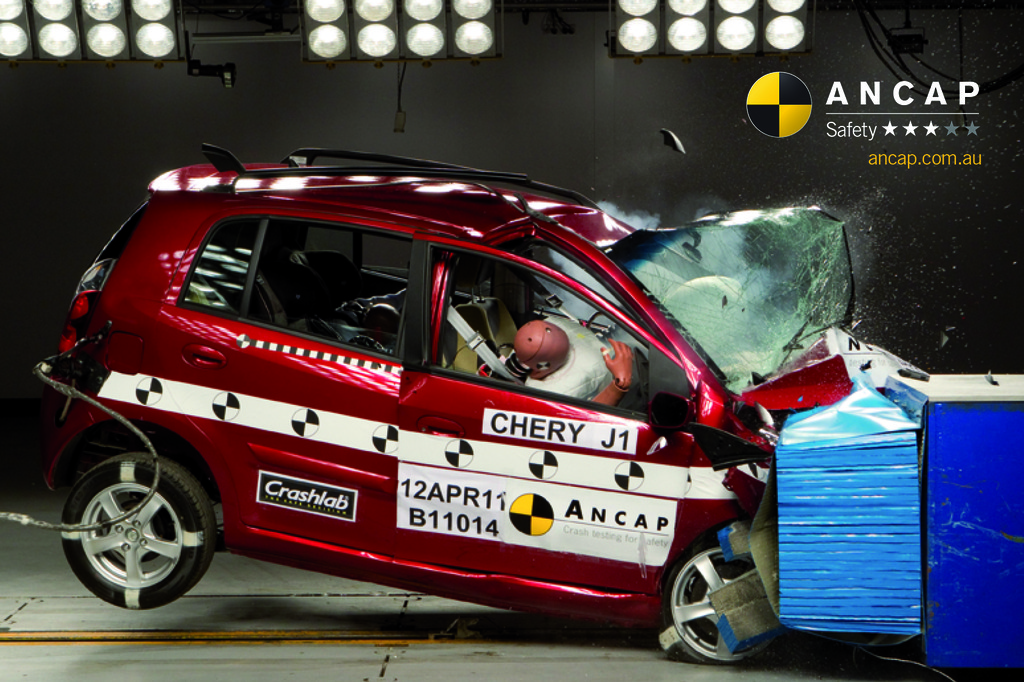