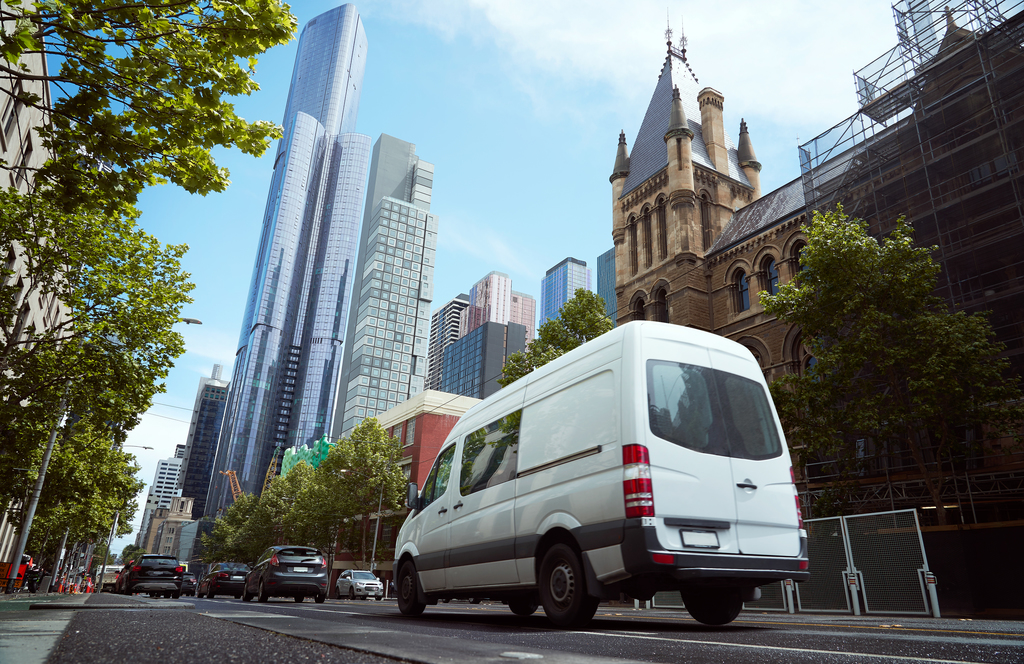 Commercial van safety put to the test for the first time.

Australasia’s independent voice on vehicle safety, ANCAP SAFETY, has broadened its field of view to review the active safety performance of a range of commercial vans – a segment not previously put under the microscope.

Fifteen (15) light and medium/heavy commercial vans were put to the test to evaluate their collision avoidance, or ADAS, capability. The comparison tests were spurred on by the COVID-19 pandemic which has generated an increase in the use of commercial vans on Australian and New Zealand roads following a rise in home delivery services and online purchases.

69 vehicles have been tested and rated by ANCAP since then, yet due to generally longer product life-cycles for commercial vehicles, and the current scope of the ANCAP safety rating system covering passenger vehicles, SUVs and LCVs up to a GVM of 3.5 tonne, many of the commercial vans currently on the market are unrated, or have ANCAP ratings that pre-date the introduction of ADAS testing.

“COVID-related lockdowns across Australia and New Zealand have created a surge in demand for delivery services, and as a result, many areas have seen a rise in the number of commercial vans on the road.”

While commercial vans do not necessarily have a higher crash rate than other vehicles, crashes involving vans tend to be more severe for the opponent vehicle and vulnerable road users due to their inherent design characteristics making them more ‘aggressive’. According to the Monash University Accident Research Centre (MUARC), commercial vans are 30% more aggressive than the average vehicle fleet, and almost twice as aggressive as Light Cars.

“With the increasing number of van movements, the risk to other road users – in other vehicles, pedestrians and cyclists – increases, so it is important fleets and van operators are aware of the heightened risk these vehicles pose to others.”

Only two of the 15 vehicles assessed achieved an overall collision avoidance rating of GOLD – the Toyota HiAce and the Ford Transit. Five scored a SILVER rating, and three a BRONZE. The Hyundai iLoad, Renault Trafic, Mitsubishi Express, Renault Master and Iveco Daily were stamped with NOT RECOMMENDED due to their poor active safety specification.

“Commercial vans generally operate with higher levels of exposure and hold a much longer economic life-span due to their primary commercial-use and goods-carrying function, and this makes their active safety capability arguably even more critical than that of passenger cars.”

“ANCAP’s influence over the passenger vehicle and SUV segments has seen a marked improvement in safety specification over the years – with great gains made with the fitting of active collision avoidance systems, and this analysis will now place a spotlight on the previously peripheral segment of the market which has noticeably lagged.”

“Regardless of segment or intended use, we urge fleet buyers and consumers to prioritise the purchase and use of vehicles with active safety features,” Mrs Robson said.

A summary of test results can be viewed at www.ancap.com.au/vans or downloaded from the report thumbnail image below.

NOTE: The results from this analysis do not replace or alter the existing ANCAP safety ratings or contributing scores for any previously rated models. 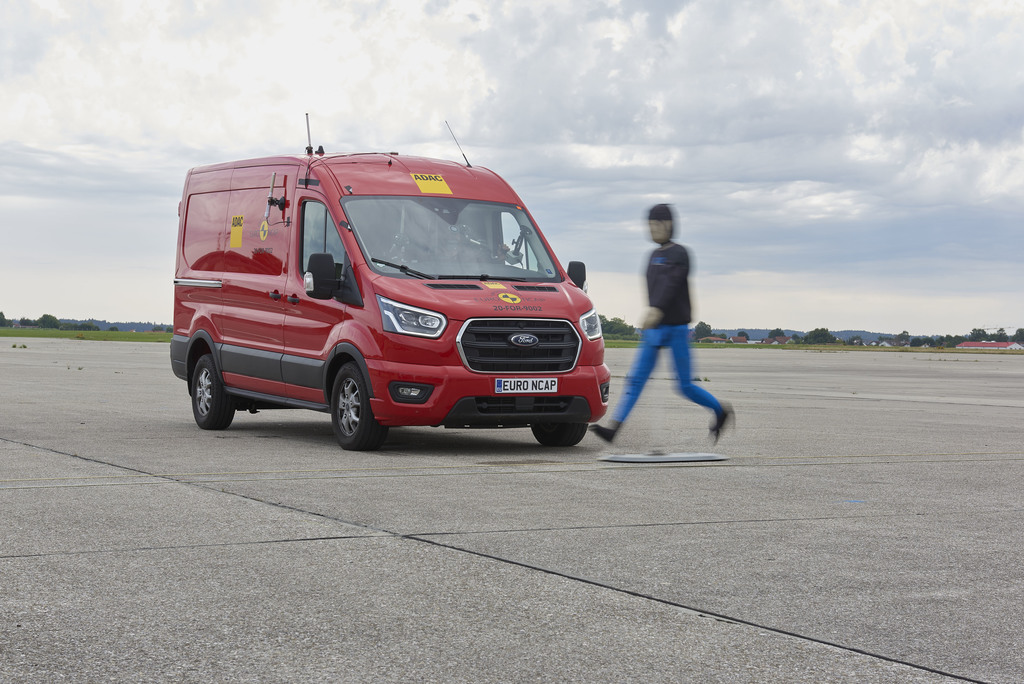 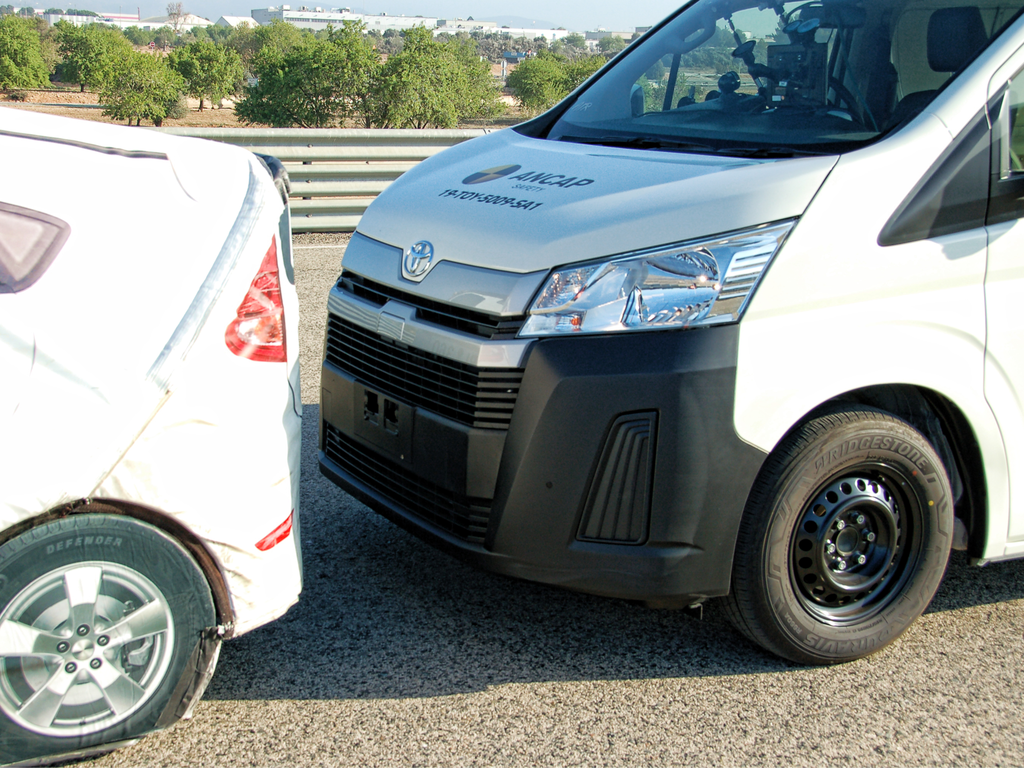 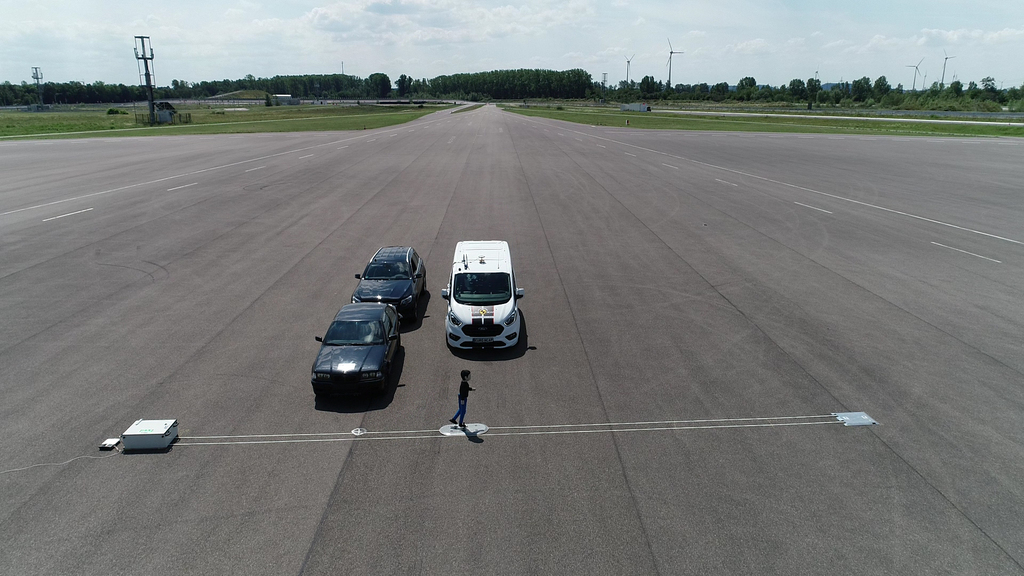 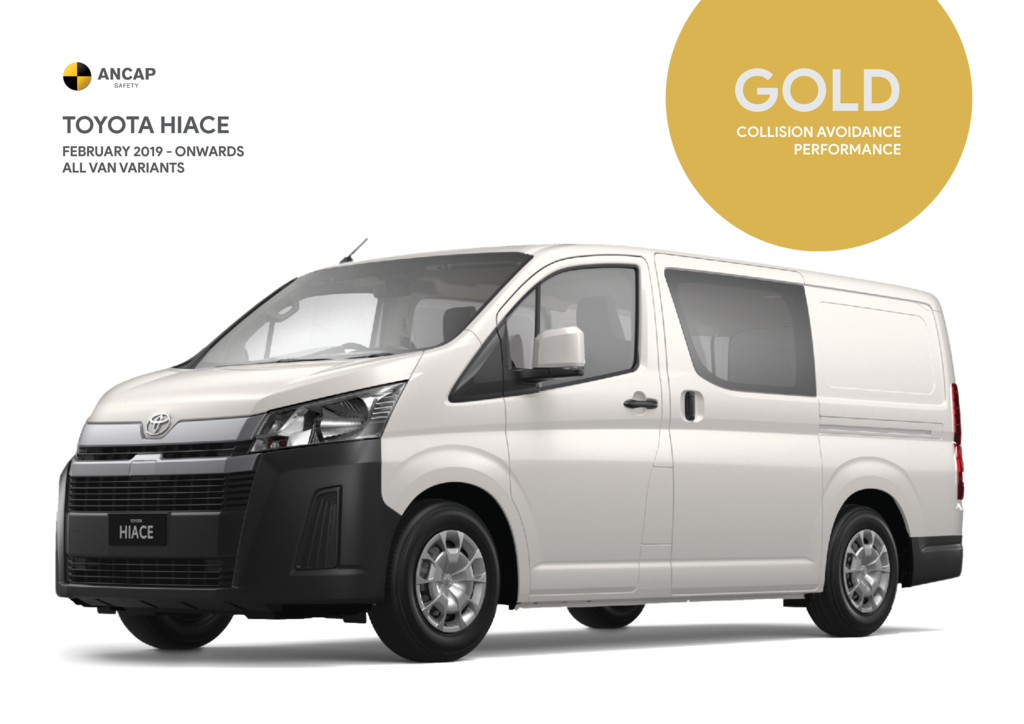 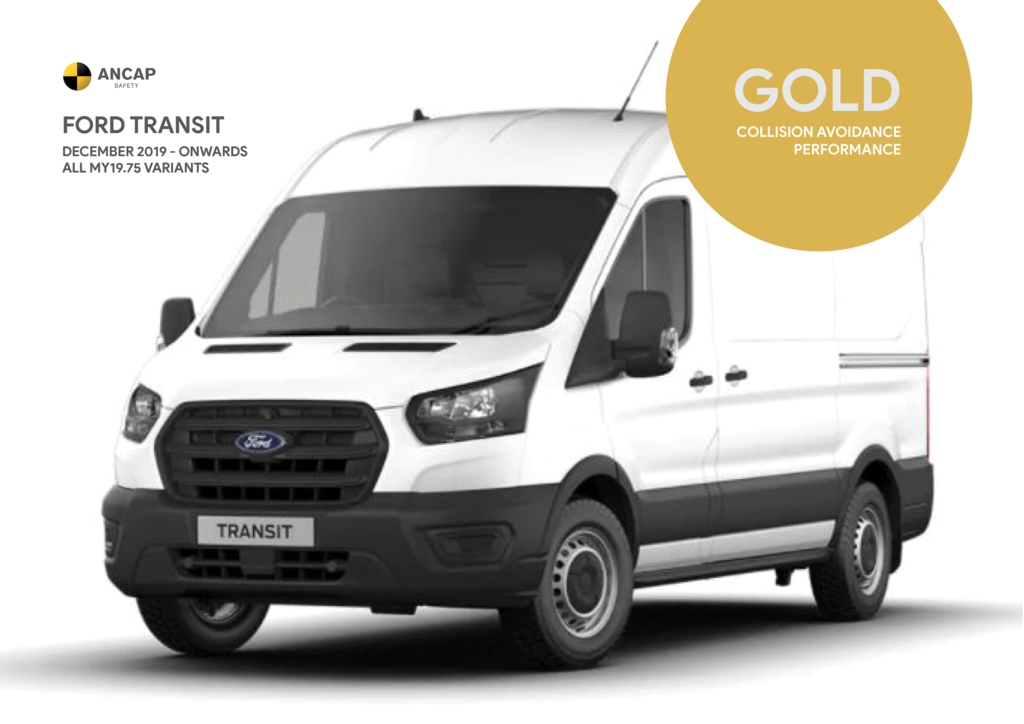 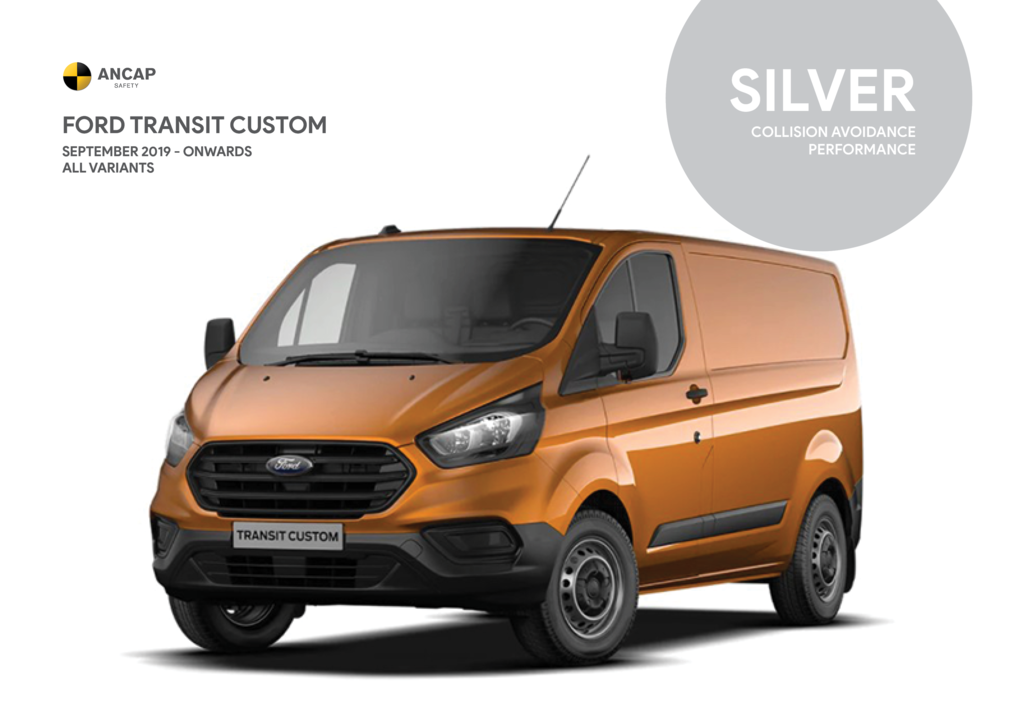 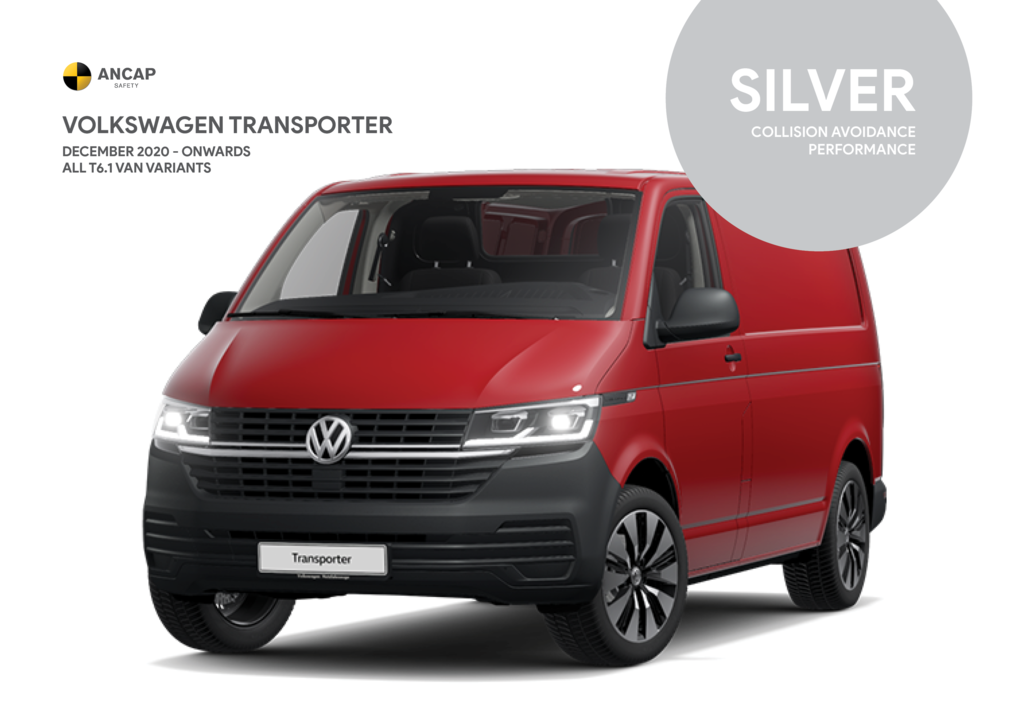 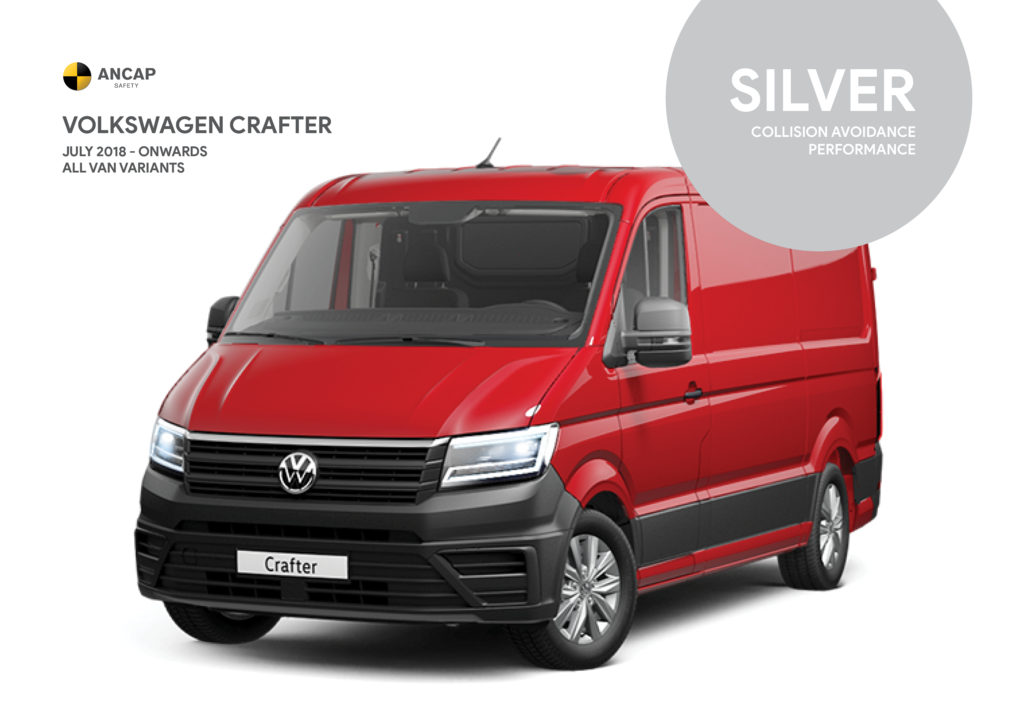 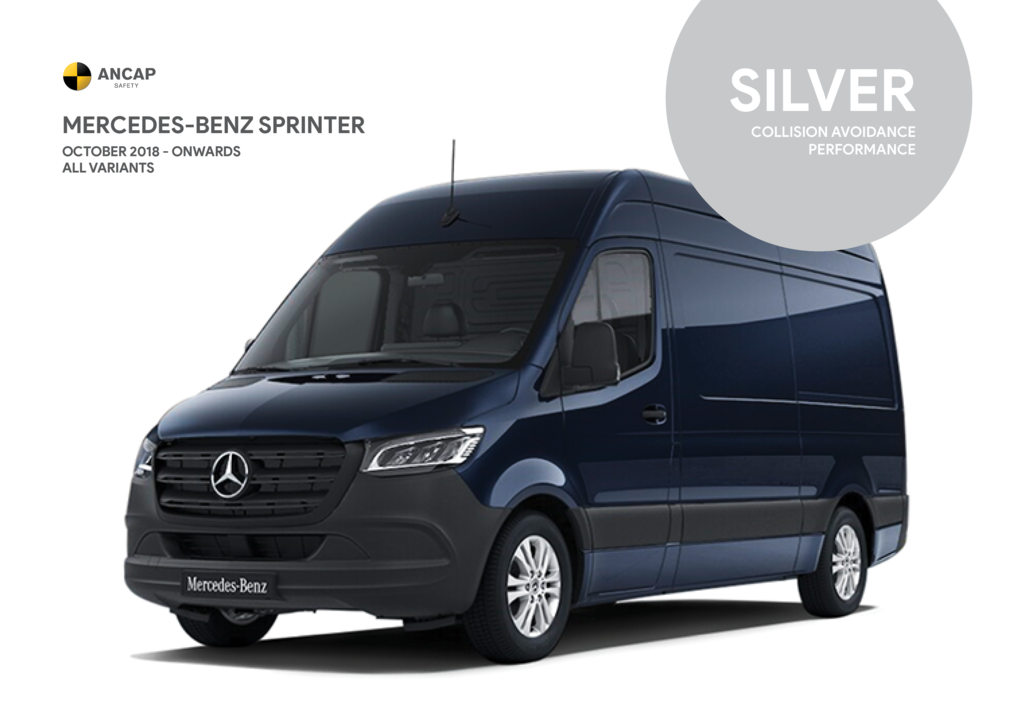 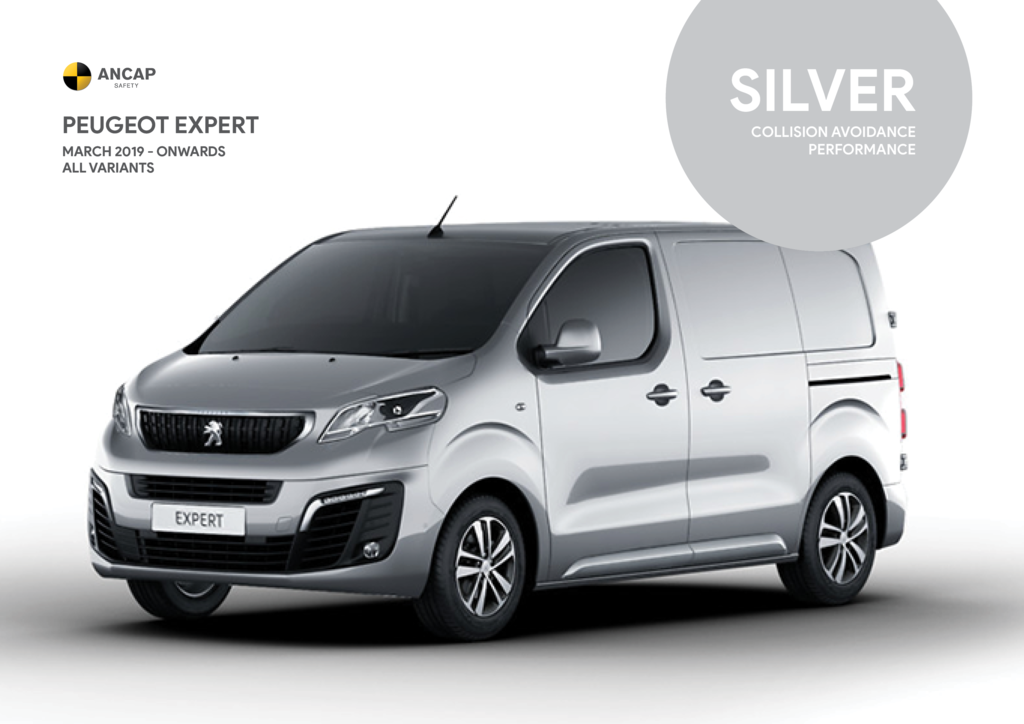 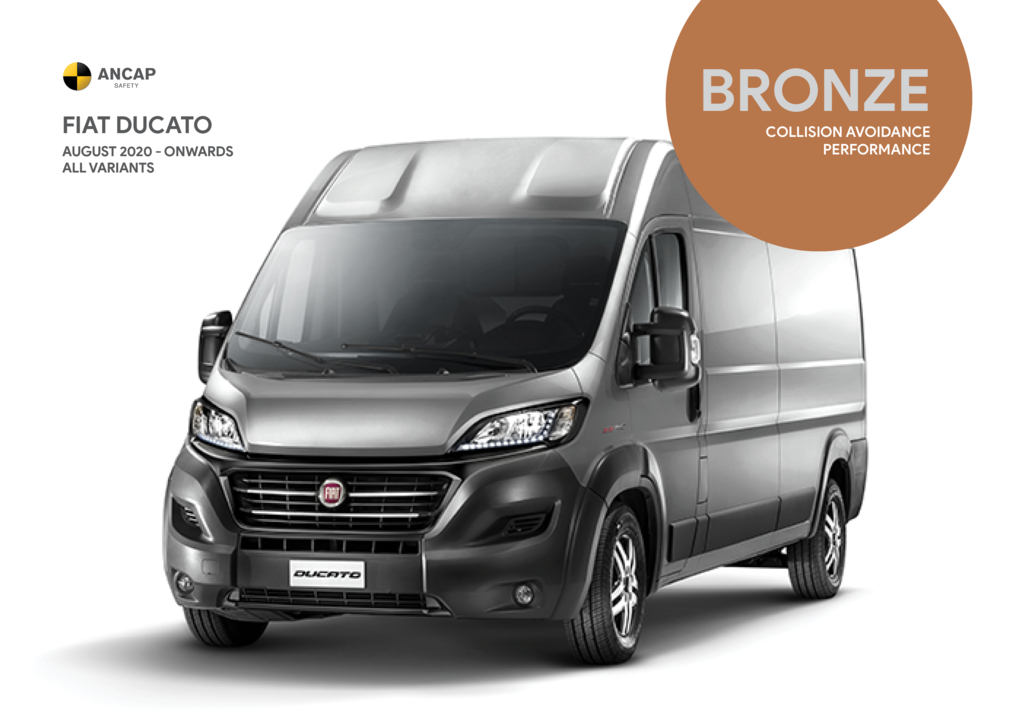 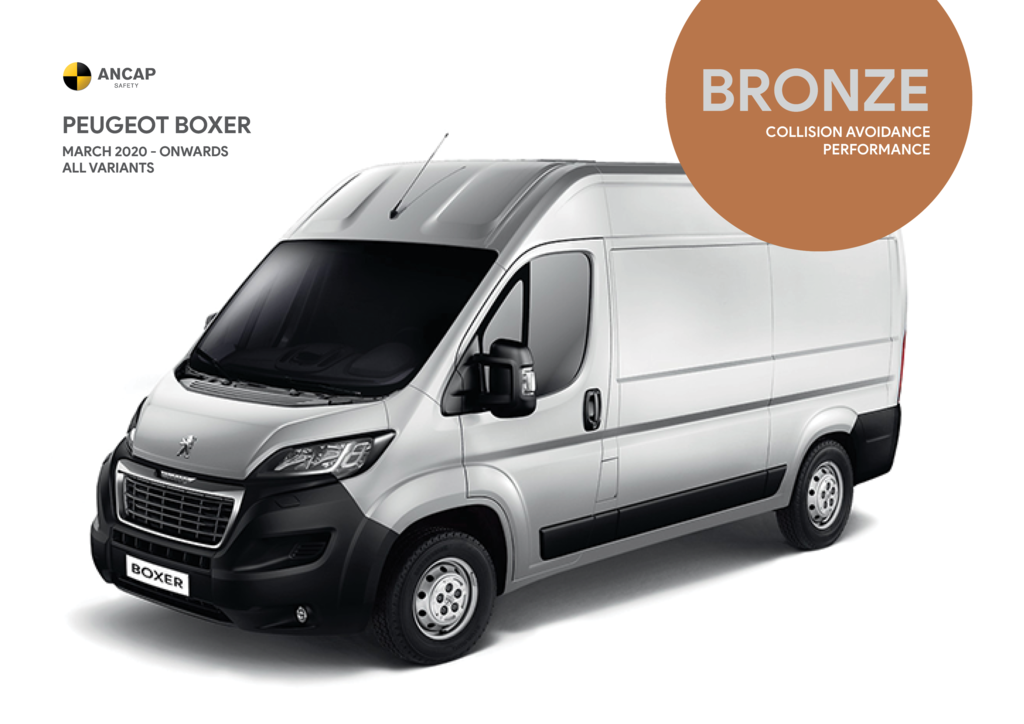 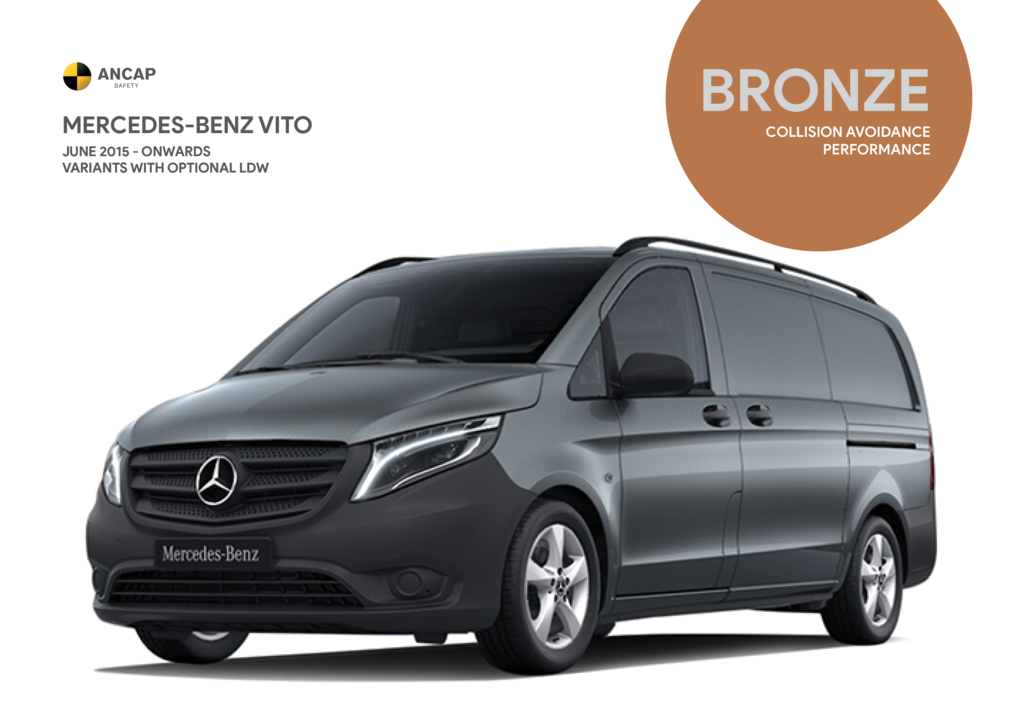 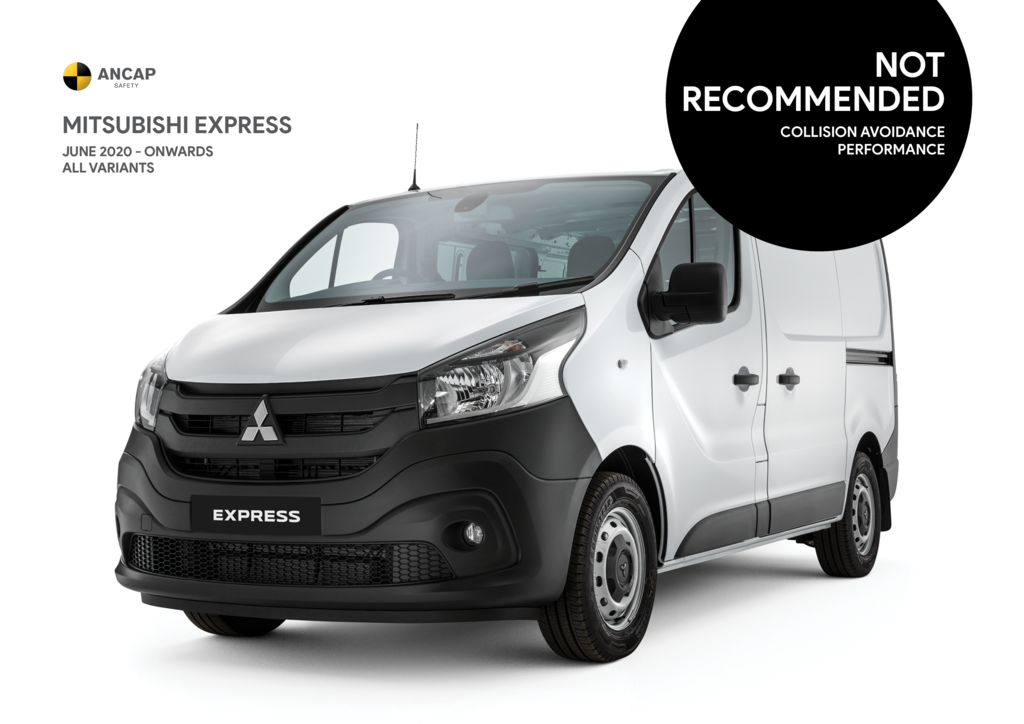 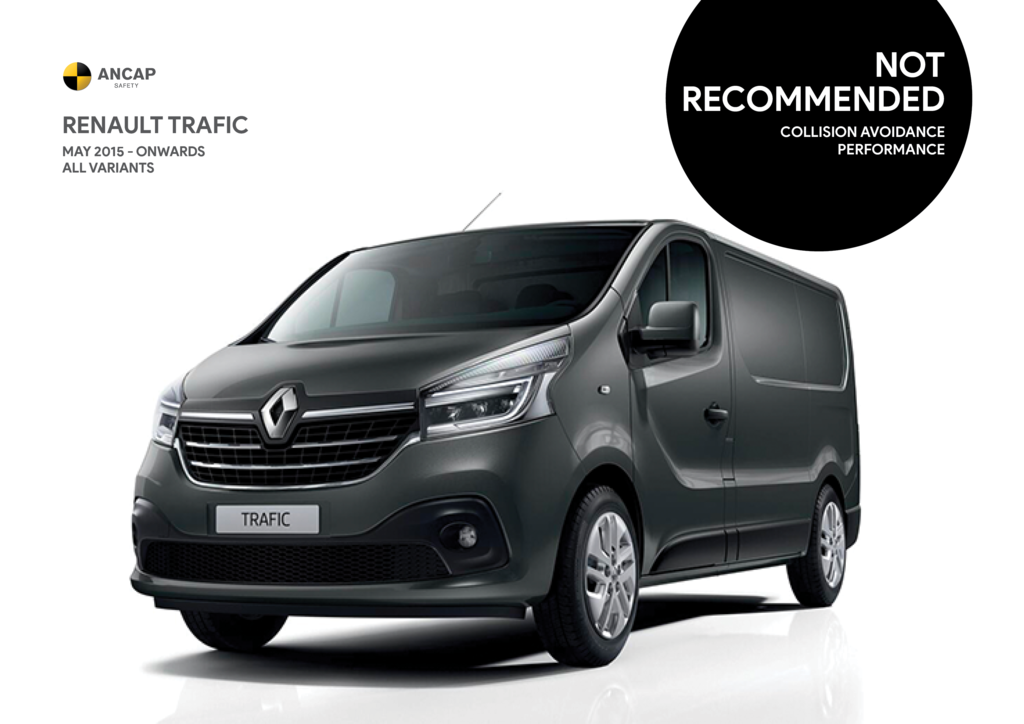 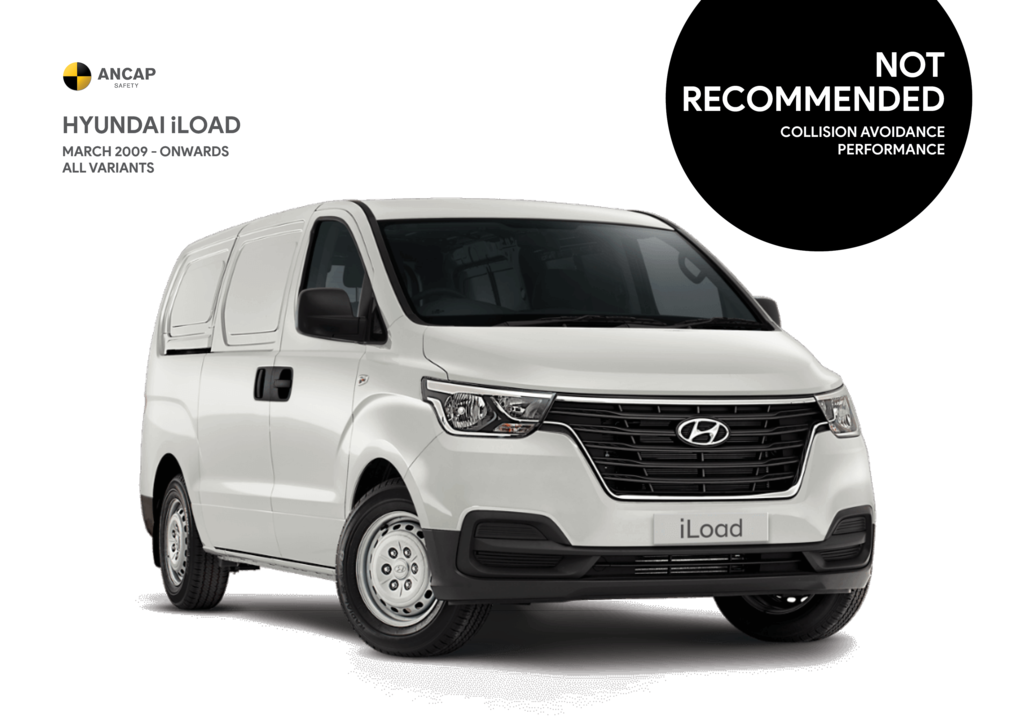 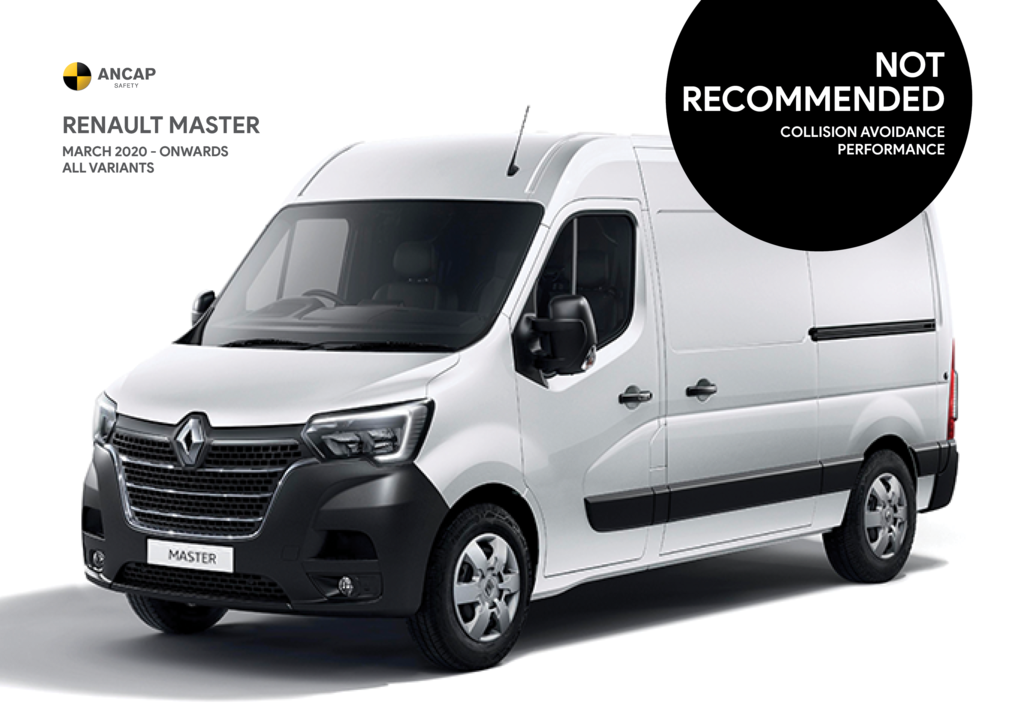 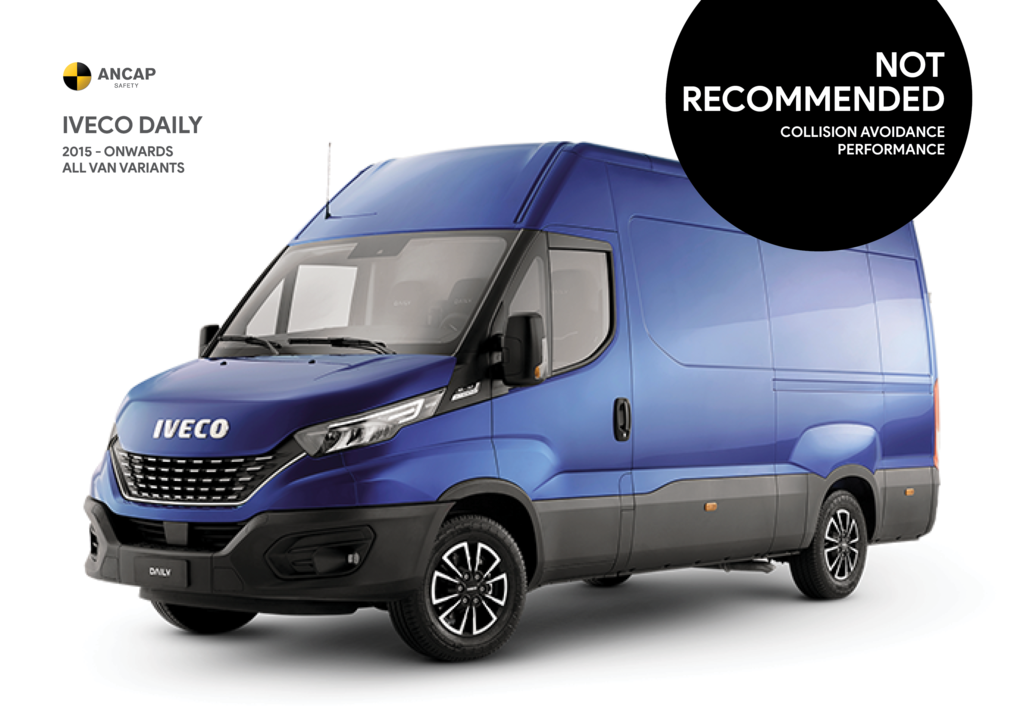