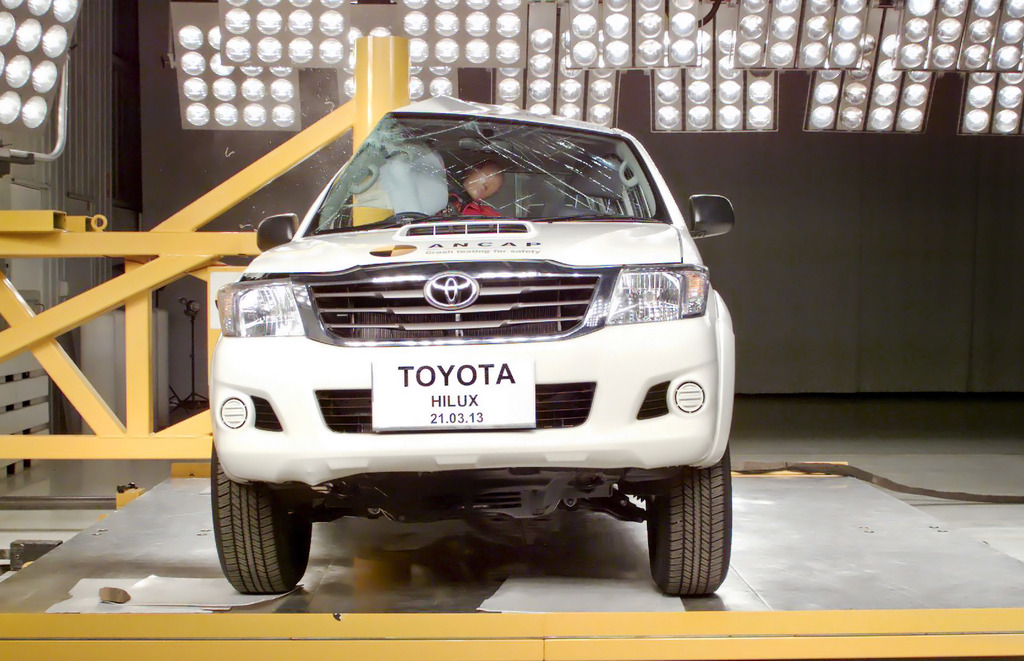 This achievement follows several safety upgrades to the Hilux, including a successful side pole impact test, seat belt reminders and improved knee protection.

"The light commercial vehicle market has been very competitive in recent years with more fleet buyers and consumers demanding ANCAP 5 star safety ratings. Toyota should be congratulated for bringing the Hilux 4WD utes to this level of safety" said ANCAP Chairman Lauchlan McIntosh.

"This is an excellent case study of a very strong shift in the light commercial vehicle market driven by safety. There is no longer any excuse for fleet buyers when it comes to safety - they should accept nothing less than 5 star safety."

While this result only applies to the single and extra cab 4x4 variants, it is anticipated that the dual cab Hilux 4x4 variants will follow suit. No change has been made to the 2WD versions so their ratings remain at 4 star.