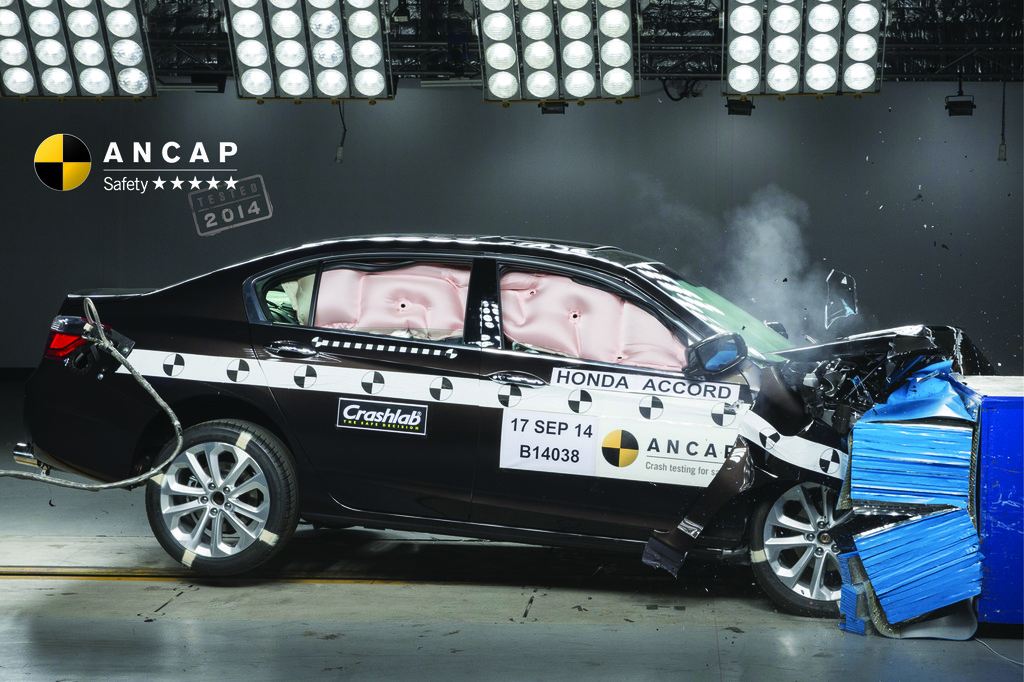 Improved safety for Honda Accord raises it to 5 stars; No AEB on X-Trail

Today's awarding of a 5 star ANCAP safety rating to the Nissan X-Trail is bittersweet with yet another high selling Nissan model de-specified for the Australasian market. While available on European-sold models, Autonomous Emergency Braking (AEB) is again a notable omission from all Australasian X-Trail variants - as was the case with the Qashqai rated by ANCAP earlier this year.

"The shining star in today's release is the Honda Accord," said ANCAP Chairman, Mr Lauchlan McIntosh.

"As a result of ANCAP's independent testing, we have seen Honda improve the design of the Accord to raise its safety rating from 4 to 5 stars."

The current model Honda Accord when first tested by ANCAP in July 2013 revealed an elevated risk of injury to the lower legs of the driver in the frontal offset test, resulting in a 4 star ANCAP safety rating. Subsequent design changes have improved its performance, with a second round of testing revealing a lower injury risk. The frontal offset test score rose from 11.21 points (models built June 2013 to July 2014) to 14.79 points (models built from August 2014 onward) raising its rating to 5 stars.

"This is a great example of a non-regulatory program at work. While not required to improve its performance, Honda has reviewed the ANCAP test results and actively implemented changes to offer consumers a safer car."

"Now, not only does the Accord offer a long list of impressive safety assist technologies, including AEB on select models, it also offers improved occupant protection through a sound structure. The coupling of sound structure and active safety features is key to saving lives on our roads," added Mr McIntosh. 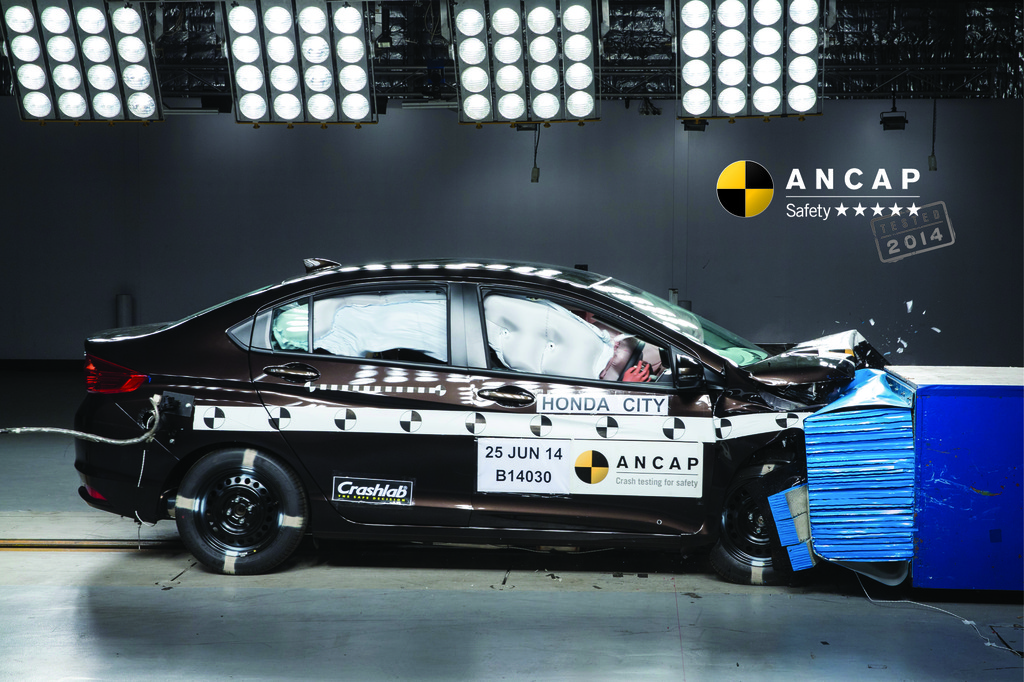 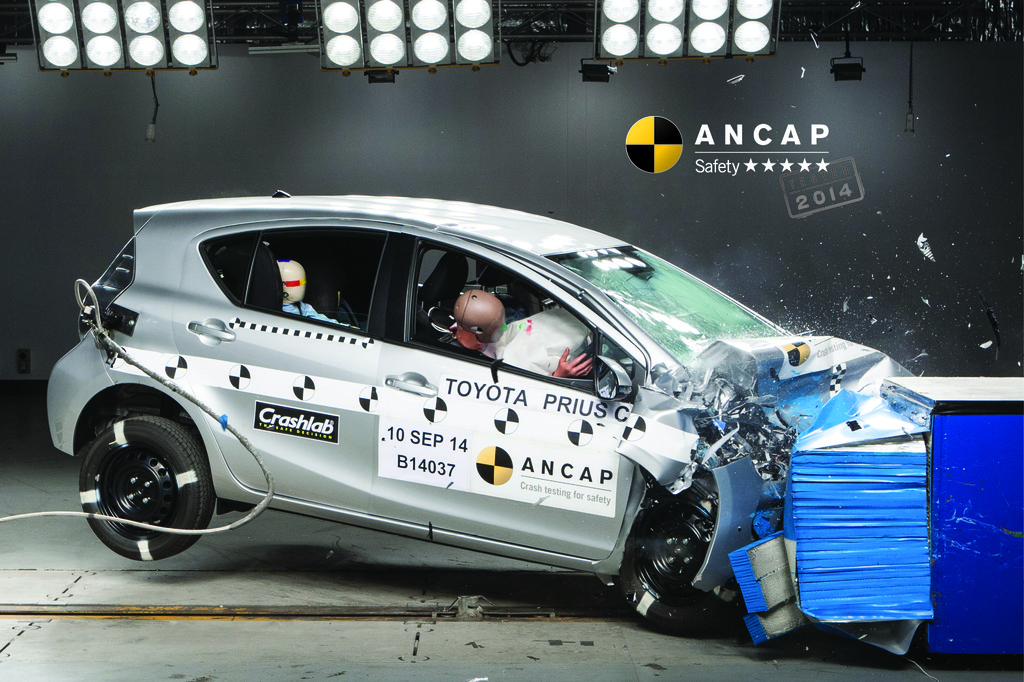 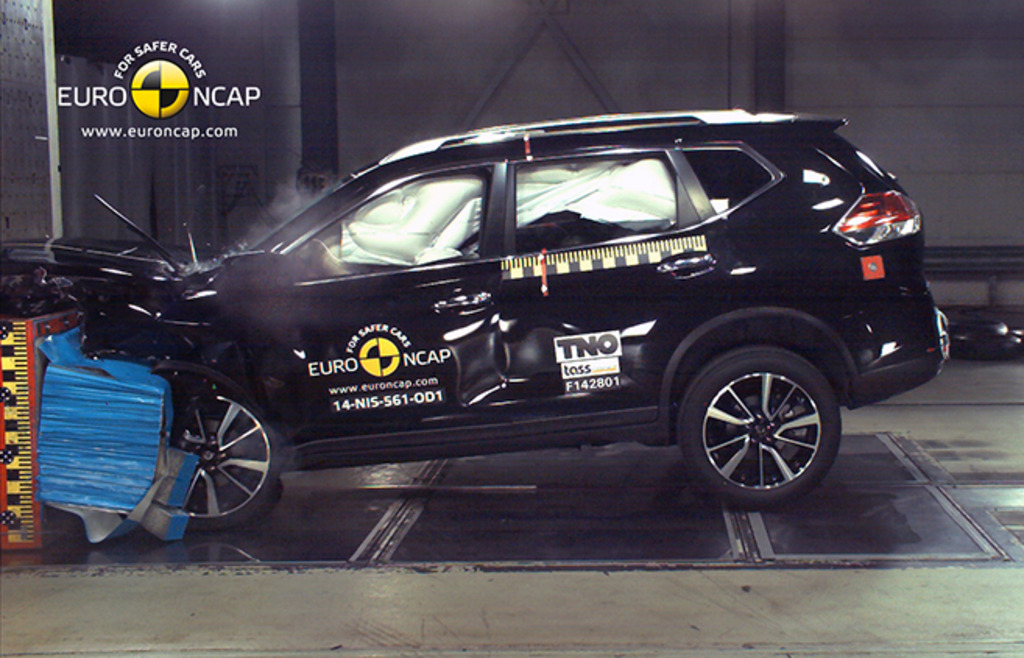 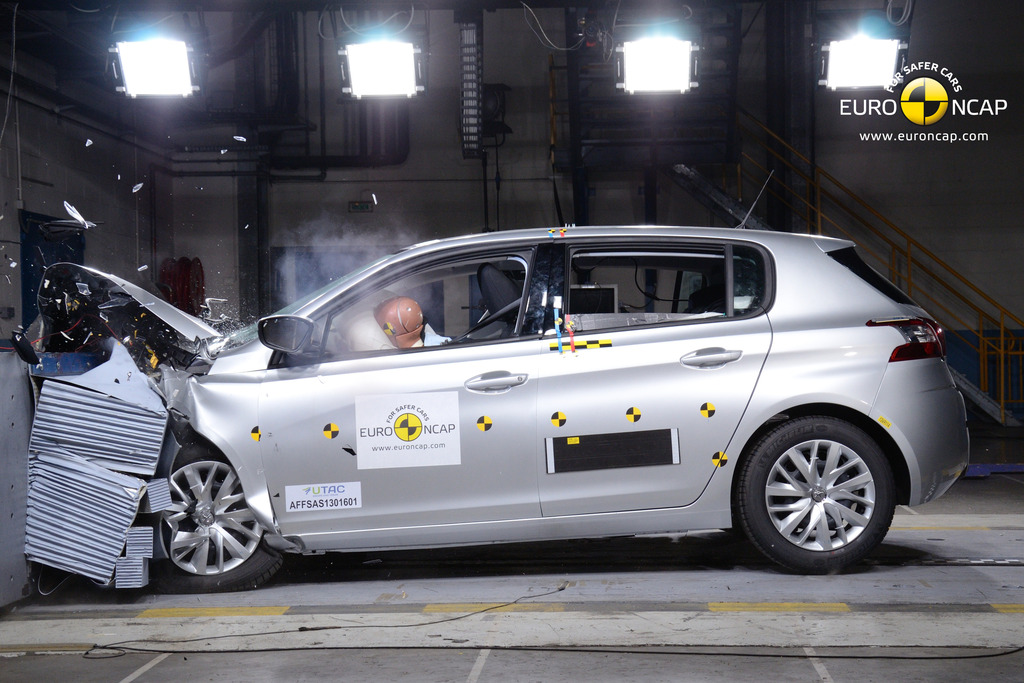