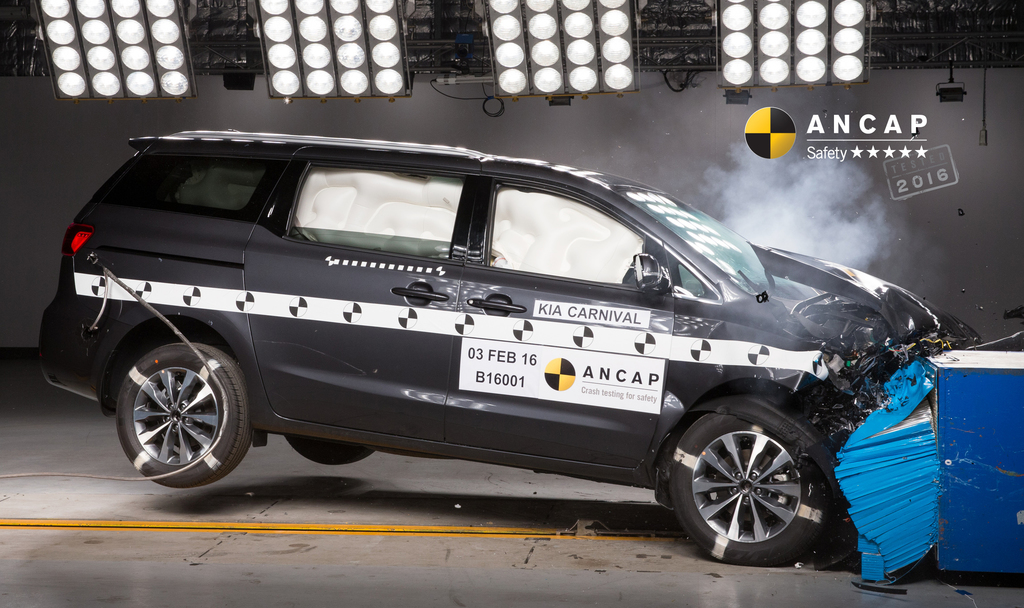 Kia Carnival achieves 5 stars after another round of updates

“After a disappointing 4 star result for the Carnival in March last year, Kia has worked to implement a number of safety improvements which have seen the vehicle reach the 5 star mark,” ANCAP Chief Executive Officer James Goodwin said.

“A number of design changes to the Carnival have seen the score in the frontal offset test increase substantially and consumers should feel confident the updated vehicle offers significant improvements to safety,” he said.

“There continued to be some issues with intrusion into the driver’s foot well area and pedal movement however, the risk was reduced compared to the previously tested model,” Mr Goodwin said.

The Kia Carnival is the first model to meet ANCAP’s 2016 requirements and be awarded a 2016 datestamped safety rating.