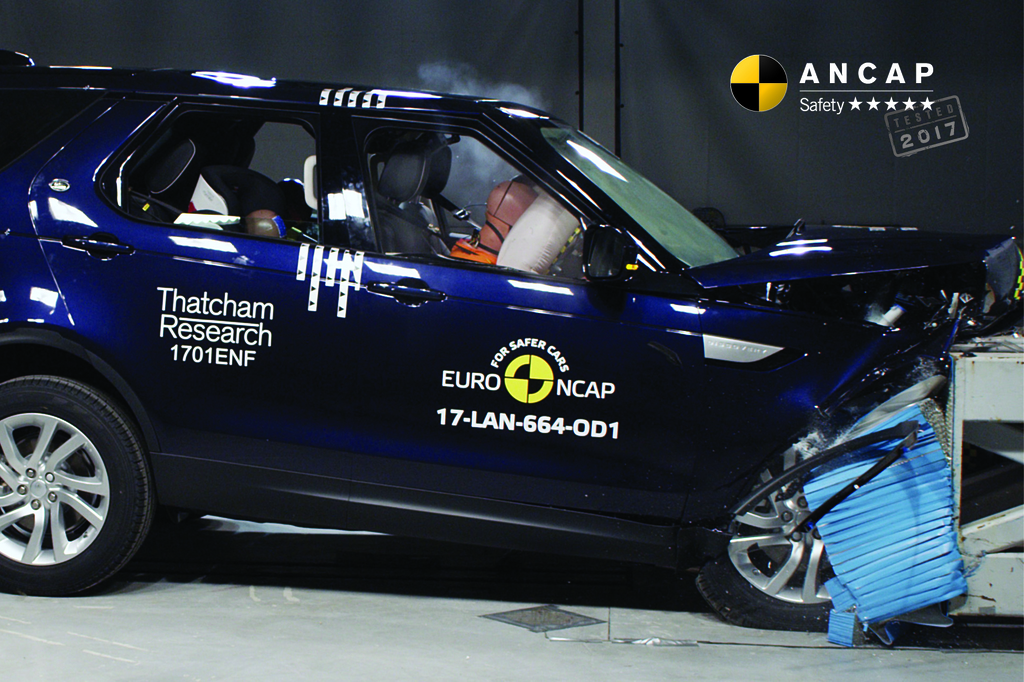 The Large SUV, which went on sale in New Zealand in May and launches in Australia this week, boasts strong scores in each of the four areas of safety assessment achieving 90% for Adult Occupant Protection, 80% for Child Occupant Protection, 75% for Pedestrian Protection and a Safety Assist score of 73%.

“Crash test dummy readings indicated good levels of protection of all critical body regions in the side impact test as well as the more severe side pole test. Protection of the knees and femurs for both the driver and passenger in the frontal offset test was also good,”

“There was however insufficient pressure in the driver’s airbag which saw the dummy’s head contact the steering wheel and a penalty was applied in the scoring,” Mr Goodwin said.

“The Discovery is fitted as standard with all three grades of autonomous emergency braking – City, Interurban and Vulnerable Road User – and all performed well during testing,” Mr Goodwin added.

Other standard safety features fitted to the Discovery include head-protecting curtain airbags available for all three* seating rows, a manual speed limiter and emergency stop signal. An intelligent speed limiting system is available for European-sold models, yet this feature is not available locally.

This 5 star ANCAP safety rating applies to all Australian and New Zealand variants. The previous generation Discovery was unrated.

* Where third row seating is fitted. 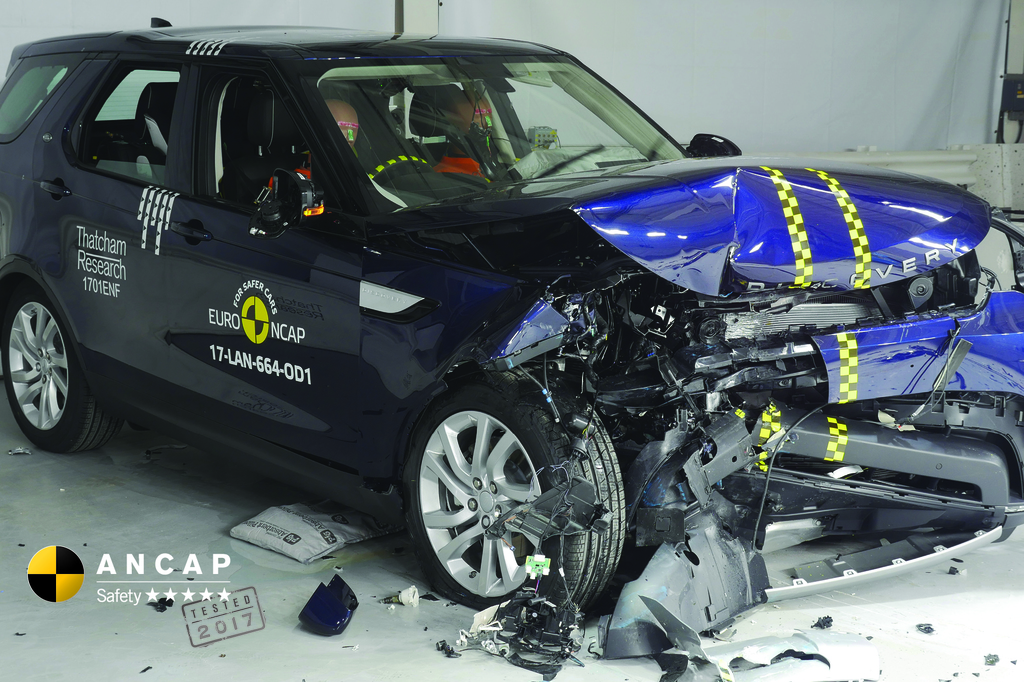 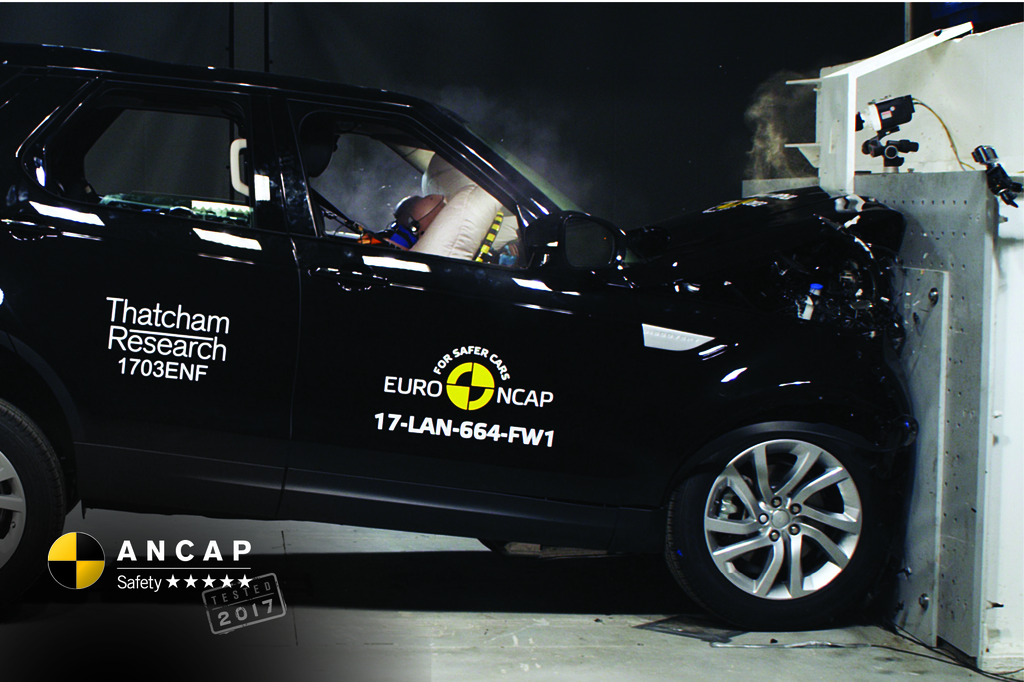 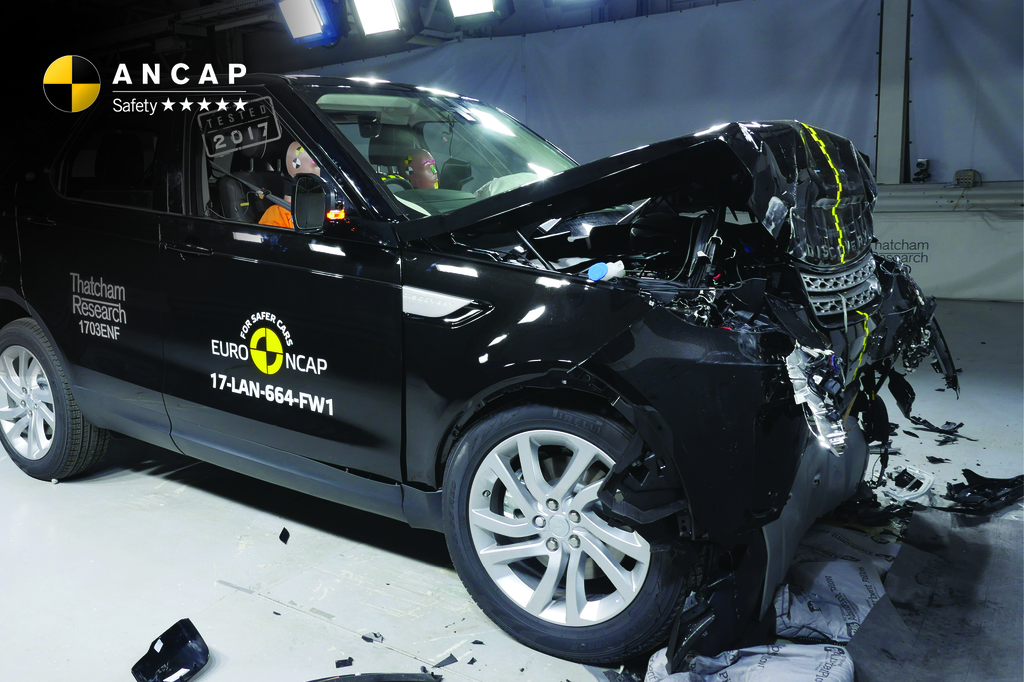 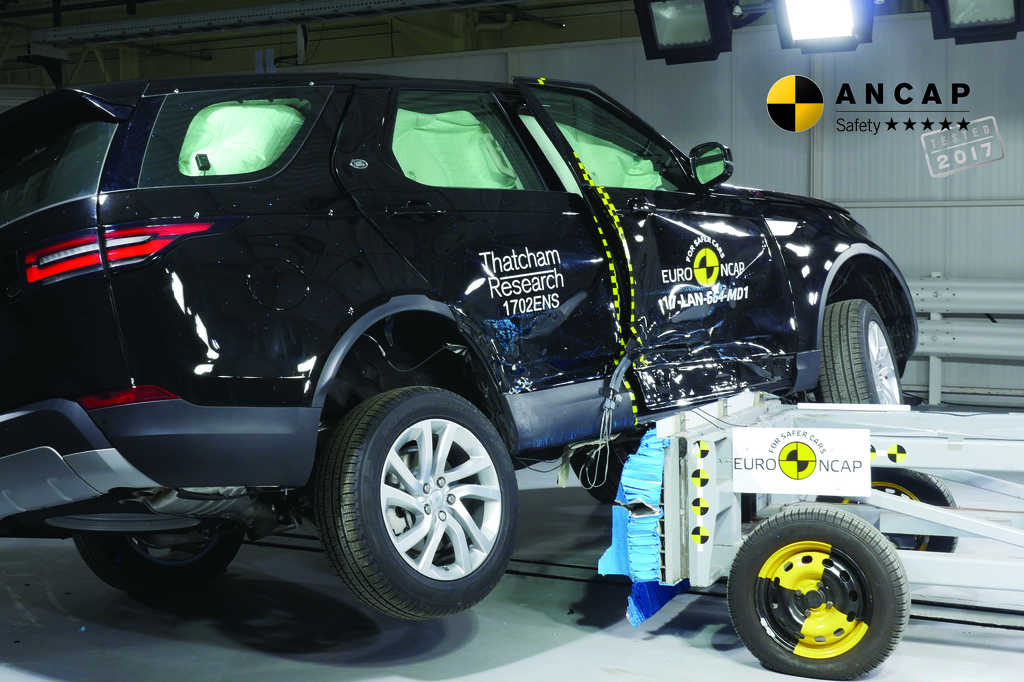 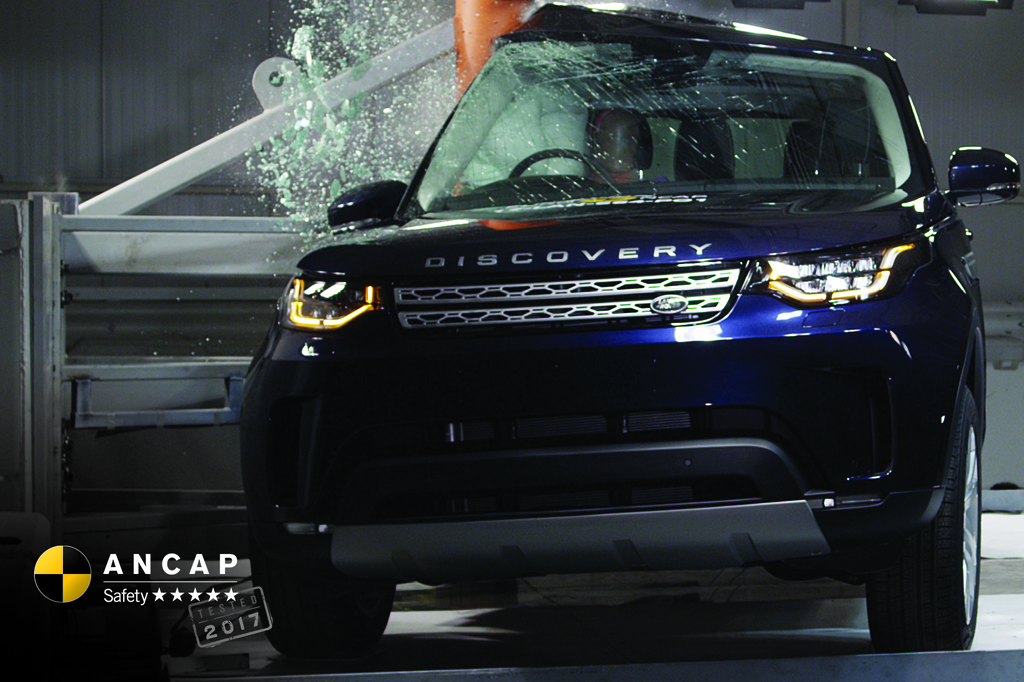