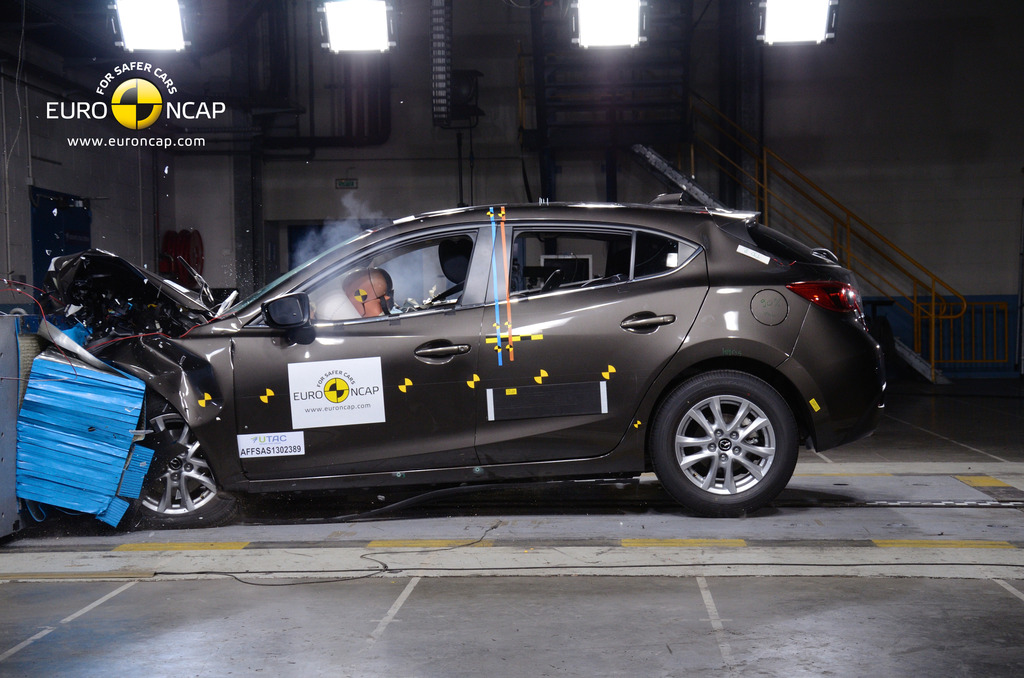 "The previous model Mazda 3 accounted for a considerable 7% of all Australian passenger car sales in 2013. If the new Mazda 3 is to sell in similar numbers, this will mean tens of thousands of consumers are again purchasing a car with excellent safety performance," said ANCAP Chairman, Mr Lauchlan McIntosh.

The new Mazda 3 had to jump higher hurdles in order to gain its 5 star ANCAP safety rating as ANCAP continues to increase the requirements for each of its star ratings.

"Head-protecting side airbags for rear seat passengers is now required for 5 stars, as is a higher score in the pedestrian protection test. The Mazda 3 ticks these boxes yet life-saving technology such as Autonomous Emergency Braking (AEB) is still only offered as an option on Australian-sold models. In the UK, AEB comes standard," Mr McIntosh added.

"While the Mazda 3's pedestrian injury rating of 'Acceptable' is encouraging, ANCAP is looking for all vehicles to score the maximum 'Good' rating", Mr McIntosh continued. "Pedestrian injuries are an increasing proportion of the total as improved internal protection features reduce occupant injuries.”