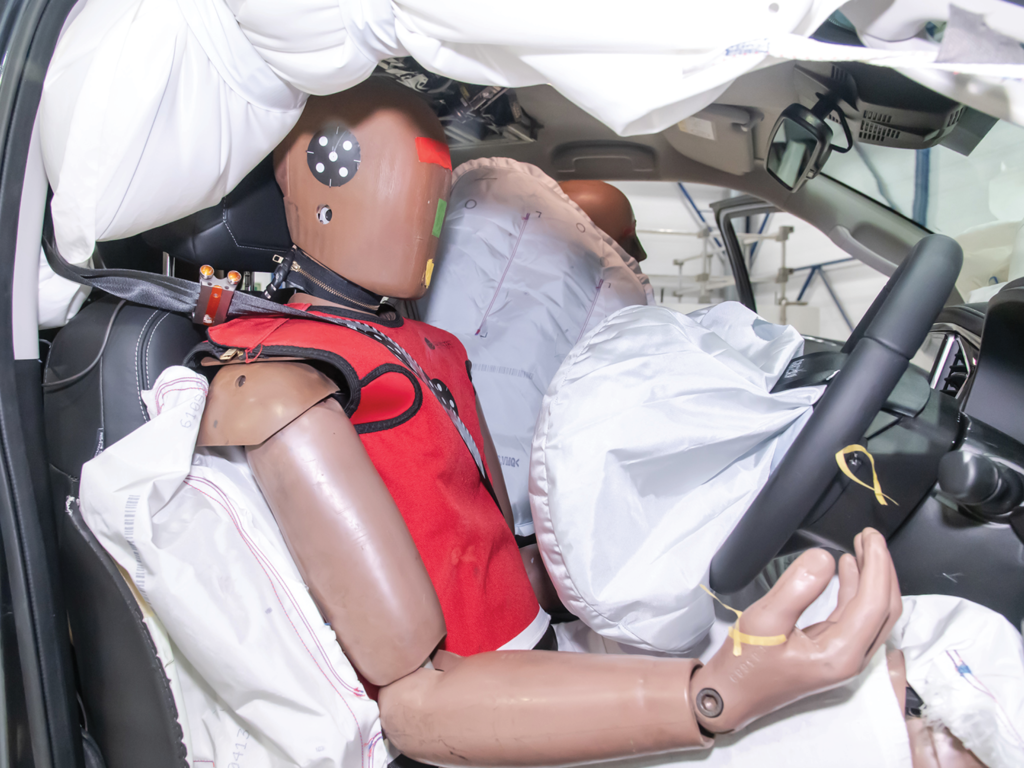 The safety performance of the seven-seat Isuzu MU-X follows closely on the heels of its partner model, the Isuzu D-MAX, with both Isuzu models now carrying a 5 star safety rating having scored well across all four key areas of ANCAP assessment.

Due to the similarities between the two models, many of the test results obtained through testing of the D-MAX last year were able to be carried across to the MU-X, with supplementary testing conducted where the MU-X’s design and safety performance was likely to differ. The MU-X was subject to a fresh frontal offset (MPDB) test which revealed a slightly better score of 87% for Adult Occupant Protection when compared to the D-MAX (83%) with improved protection offered to the chest and upper legs of the driver and chest and lower legs of the front passenger. The protection offered to occupants in the second row was poorer than the D-MAX’s perfect score in this test, however remained well within the 5 star threshold.

The Isuzu MU-X is equipped with a full suite of airbags, including a centre airbag to prevent severe occupant-to-occupant and occupant-to-vehicle contact in far-side impact crashes. A driver knee airbag and curtain airbags extending into the third seating row are also standard on all MU-X variants. The MU-X also has a driver monitoring system and intelligent seat belt reminders for all seating positions.

“The MU-X takes advantage of the safety features already demonstrated in the D-MAX, and its pleasing to see this strong performance carried over into the Large SUV segment,” said ANCAP Chief Executive Officer, Carla Hoorweg.

“Safety is a must for those in the market for a seven-seat family vehicle, and the MU-X provides a safe choice for active families.”

Similarly, the safety performance of the Toyota Yaris Cross follows that of the Yaris hatch in offering a balanced level of active and passive safety to buyers in the Small SUV segment.

“The Yaris Cross achieved maximum points for its protection of adult occupants in the side impact, oblique pole and whiplash tests. Occupant-to-occupant protection was also good, with the Yaris Cross fitted as standard with dual centre airbags between the front seats to minimise potential head injury in side impact crashes,” said Ms Hoorweg.

The protection provided by the Yaris Cross to pedestrians, if struck, was good. Its ability to actively avoid collisions with pedestrians through its autonomous emergency braking (AEB) system also scored well in forward-travel test scenarios, however the standard AEB system does not react to vulnerable road users in reverse and a nil score for AEB Backover was applied. The AEB system fitted to the Isuzu MU-X is also not capable of detecting and reacting to pedestrians in reverse, with a nil score for AEB Backover also applied.

“Both the Isuzu MU-X and Toyota Yaris Cross are very well equipped in the areas of physical crash protection and active collision avoidance, making them safe choices within their respective segments,” Ms Hoorweg added.

Full details on the safety performance of the Toyota Yaris Cross and Isuzu MU-X can be viewed here. 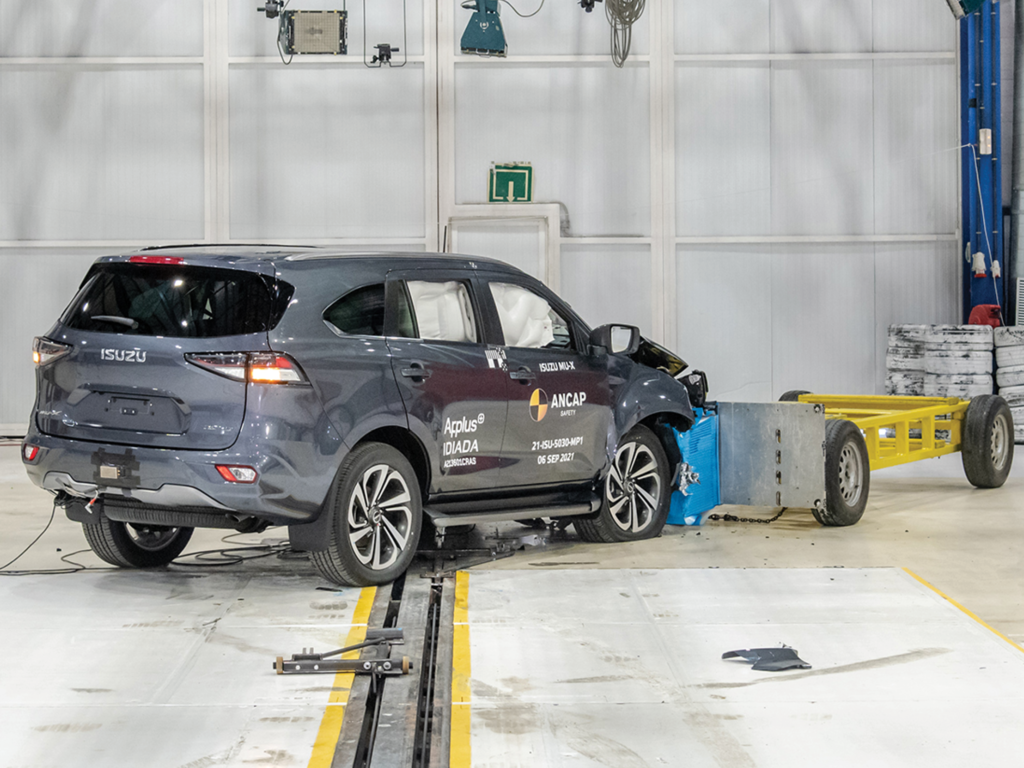 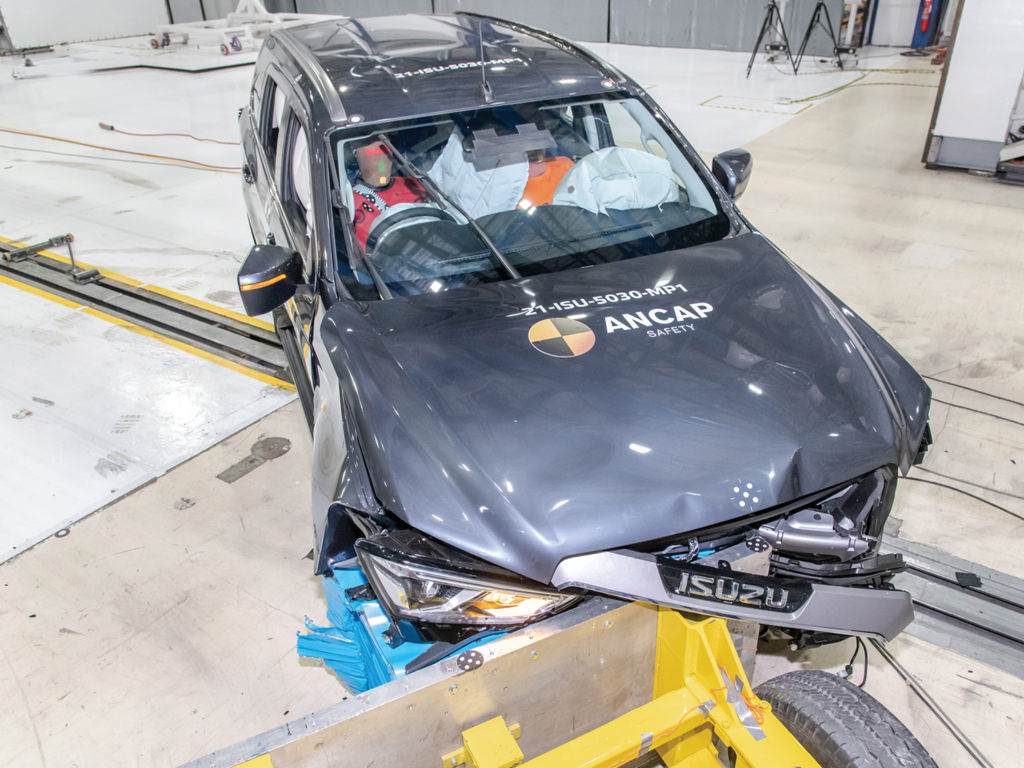 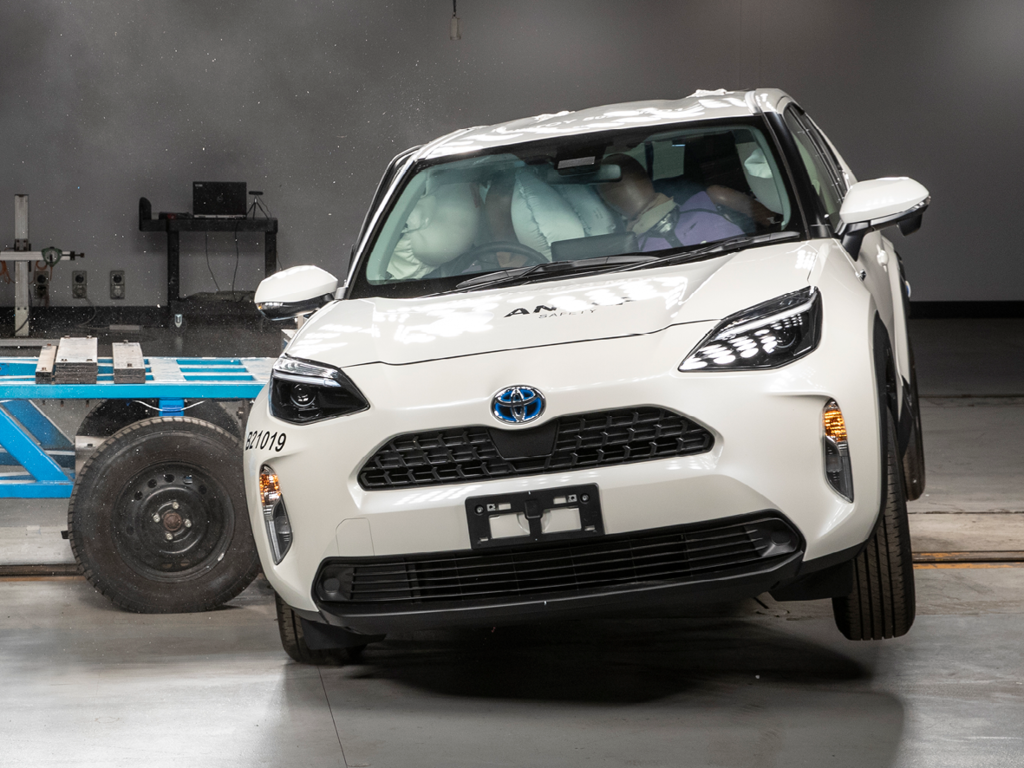 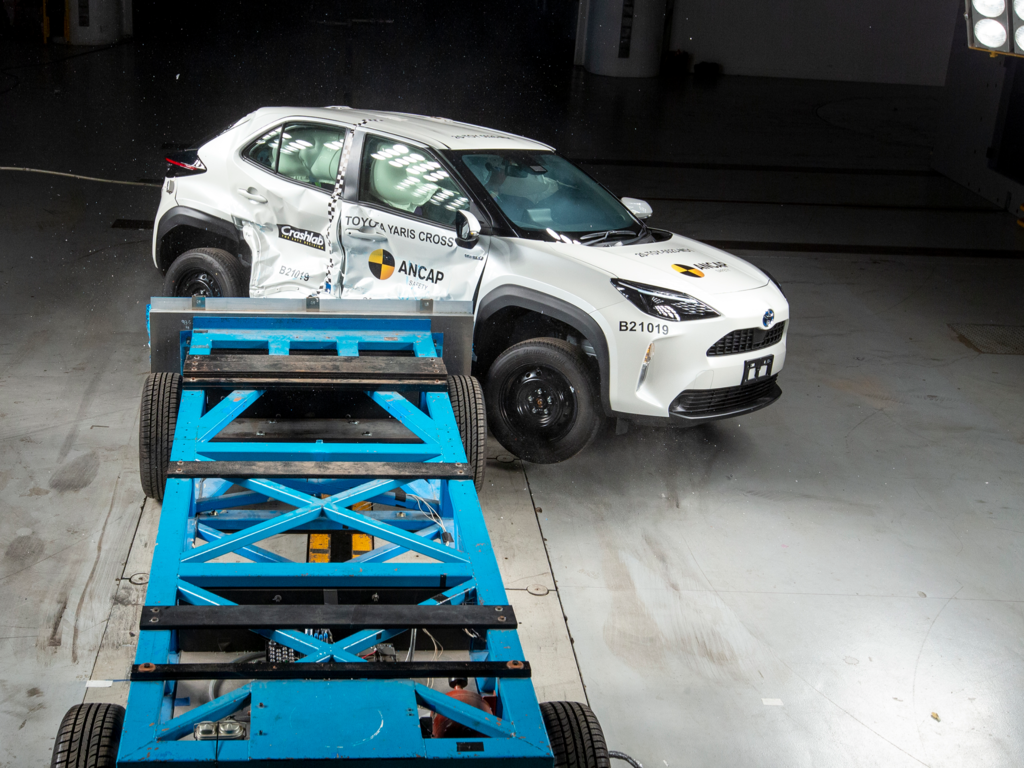 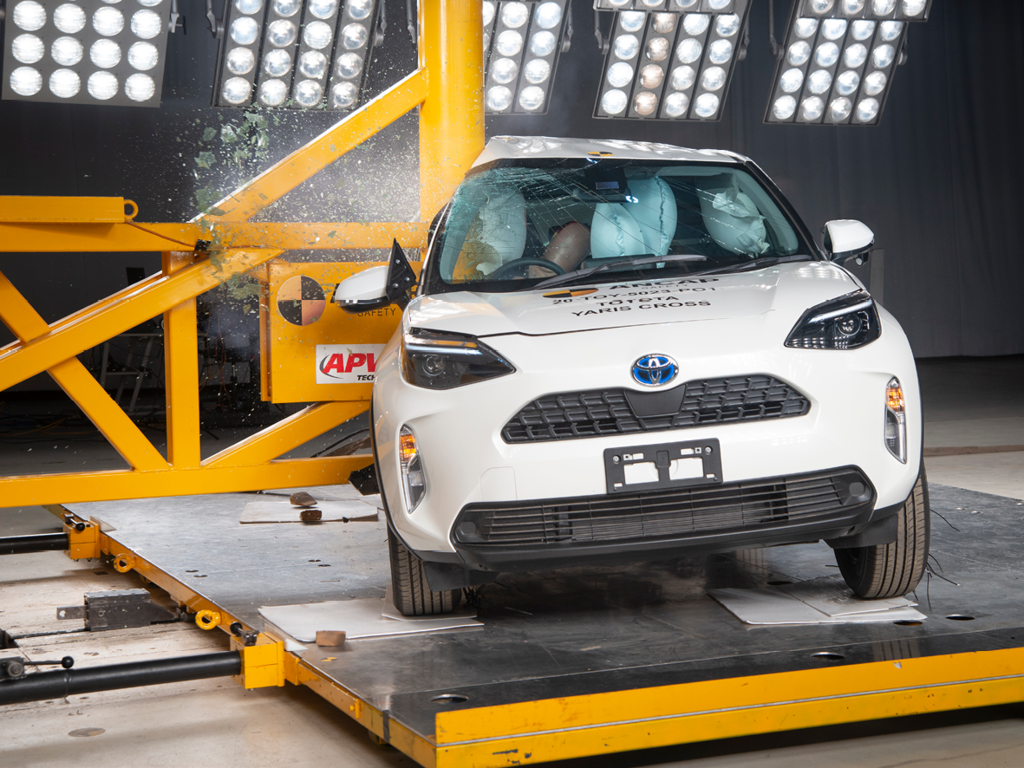 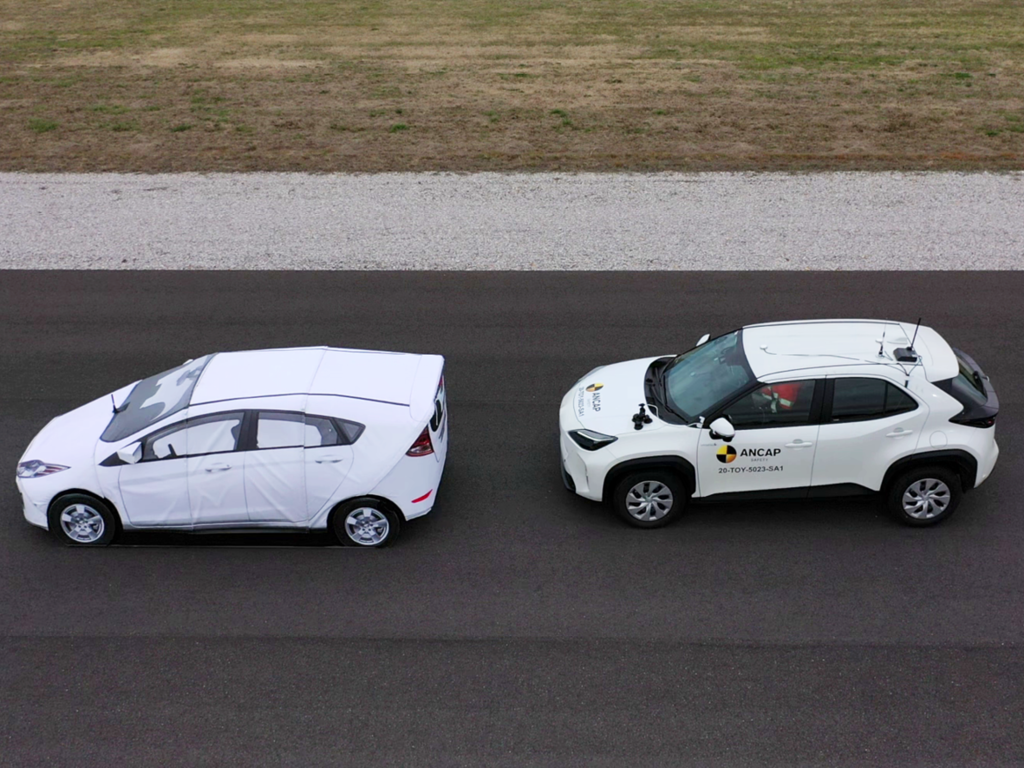