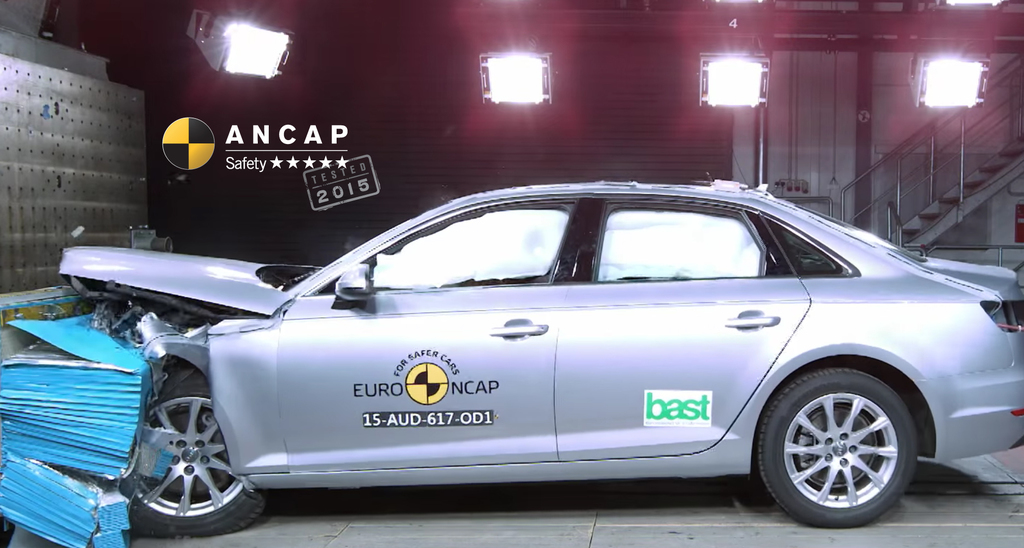 New Audi A4 launches with 5 star safety and impressive technology

The safety rating applies to the new A4 introduced in Australia and New Zealand in February and covers all variants with 4 cylinder engines.

“The A4 performed well in crash testing and it features a long list of safety equipment that customers in this segment expect as standard, including three types of autonomous braking - City, Interurban and Vulnerable Road User,” ANCAP CEO James Goodwin said.

“The Audi is also fitted with impressive technology known as “Exit Warning” which scans the road or footpath and warns the occupants of the car of approaching traffic, such as cars and cyclists, and lets people know when it’s safe to open the door,” he said.

“This is the first time we have included ‘Exit Warning’ on our data sheet and it’s hoped that technology like this will help reduce the number of ‘dooring’ incidents to cyclists,” Mr Goodwin said.

“We would have liked to see the A4 achieve a ‘good’ pedestrian rating, however the addition of an ‘active bonnet’ has decreased the risk to pedestrians and it carries an ‘acceptable’ rating,’ he said.