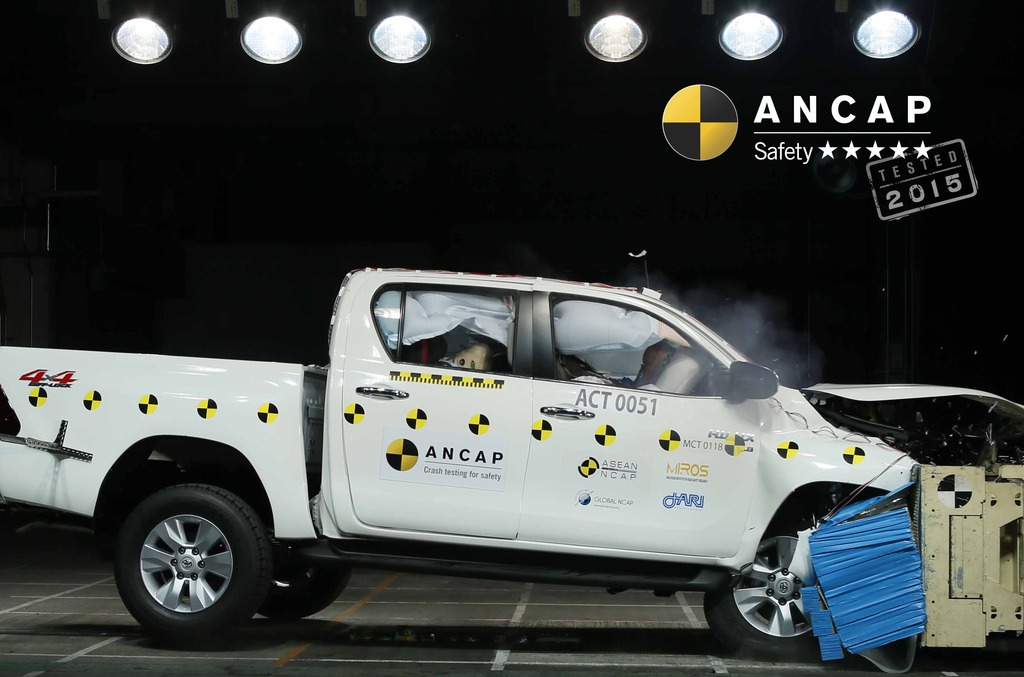 Recent safety testing of the new Toyota Hilux has shown the vehicle to maintain its maximum 5 star ANCAP safety rating. Notably the Hilux achieved a good rating for pedestrian protection.

As an important model for both fleet and private sales alike it is a positive sign that the Hilux has continued to advance its safety performance in order to secure the top 5 star rating. Following the vehicle's release this week in Australia, the 2015 Hilux is scheduled for release in New Zealand later this year.

“The Toyota Hilux is a top 5 seller in both Australia and New Zealand, so it is great to see the 5 star ANCAP safety rating has been achieved,” said ANCAP CEO, Mr Nicholas Clarke.

“Studies have shown that around half of all work-related fatalities in Australia are a result of road traffic accidents.”

“As more organisations adopt a 5 star fleet policy, we will see a significant increase in 5 star vehicles on our roads, which will then be passed on to consumers when their fleet service ends in a few years time. As a result, ANCAP predicts a one-third reduction in the number of Australians killed or seriously injured by 2020, compared to 2001 when there were no 5 star rated cars in our roads” said Mr Clarke.

The new Hilux is the first light commercial vehicle to be awarded a good rating for pedestrian protection by ANCAP. Around 1 in 8 Australian road fatalities are pedestrians so improved frontal design of vehicles makes an important contribution to reducing the road toll. High front vehicles like the Hilux are especially challenging so Toyota has done well with the Hilux" added Mr Clarke

Pedestrians will also benefit from daytime running lights (DRL) being standard on all Hilux variants. DRLs have been shown to reduce the risk of pedestrians stepping out in front of approaching vehicles.