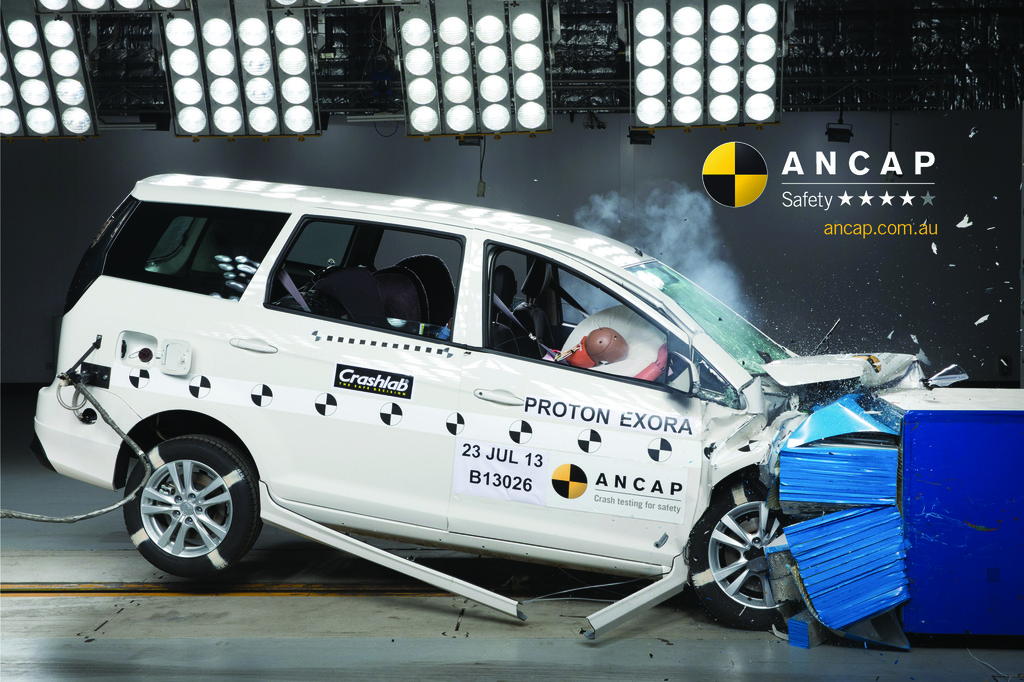 Proton rising to the safety challenge

The Suprima is the hatch variant of the Prevé, which achieved a 5 star ANCAP safety rating earlier this year, and this rating has been extended to the Suprima. The rating reflects the continuing efforts of Proton to lift the level of safety in their new vehicles. The Suprima was launched in Malaysia earlier this month and is scheduled for launch in Australia in December.

"It is encouraging to see better performance by Proton particularly in relation to the Suprima result, but clearly more work needs to be done on the Exora to improve safety” said ANCAP Chairman, Lauchlan McIntosh.

The Exora result reflected its performance in the 40% frontal offset test, where the risk of serious injury to the driver’s legs was high. Side impact performance was good, but overall pedestrian test results were poor.

"The lack of rear curtain airbags is also of concern for a people mover which will inevitably be marketed to families" said Mr McIntosh.

The Proton Exora is due for launch this month.