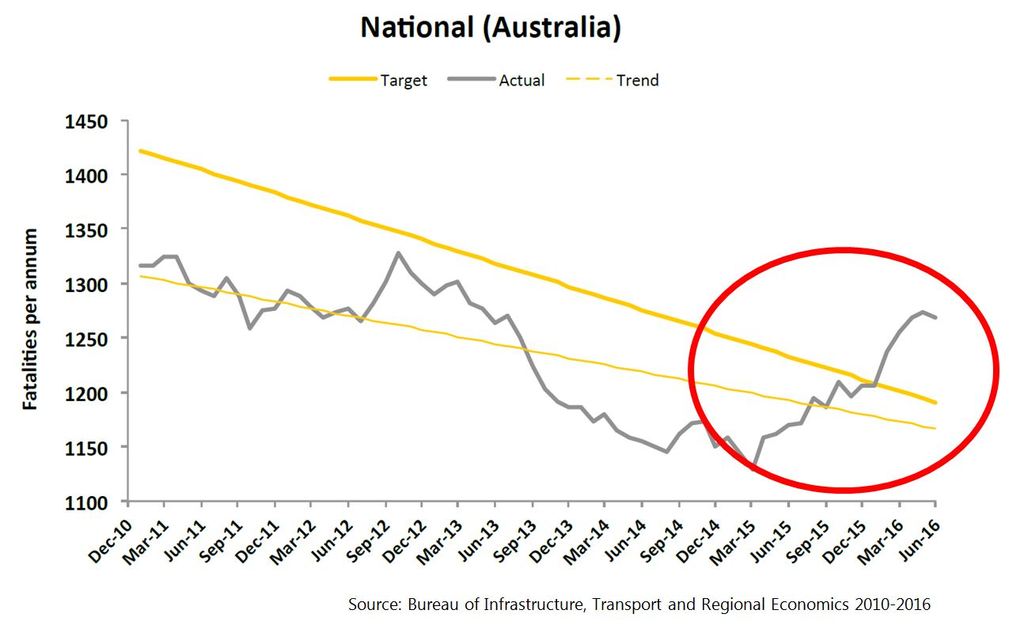 Australia’s peak motoring, road and vehicle safety organisations are calling on the Prime Minister to appoint a dedicated Road Safety Minister. It comes in the wake of statistics which show ten percent more Australians died this year than the same period in 2015, confirming an alarming trend of increased deaths after 2014.

The Australian Automobile Association (AAA), the Australasian New Car Assessment Program (ANCAP), and the Australasian College of Road Safety (ACRS) have taken the unprecedented step of joining together to ask the re-elected Prime Minister to appoint a dedicated Road Safety Minister.

Figures released from the Bureau of Infrastructure, Transport and Regional Economics (BITRE) show in the year to June 2016, there have been 643 deaths - 63 more than the same period last year. Road deaths in 2015 were also up by 56 over 2014 figures.

“Australia’s National Road Safety Strategy, signed by all Australian governments aims to reduce the number of road deaths and trauma by 30 per cent between 2010 and 2020,” Mr Bradley said.

“Clearly we are heading in the wrong direction and there is the need for the Federal Government to lead in the development of policies to deliver safer drivers, safer cars, and safer roads.”

A dedicated Minister for Road Safety is not a new concept, but it is one which cannot be ignored any longer if Australia is to regain the momentum of two years ago in reducing the needless loss of life on our roads.

“Vehicle safety is a vital element of the road safety solution and we need national leadership across all areas of road safety if we are to see a reversal in the number of lives lost on our roads,” Mr Goodwin said.

Lauchlan McIntosh AM, President of the Australasian College of Road Safety, said although road safety is largely a matter for state governments, it needs national leadership and responsibility.

“Aside from the very personal impact road trauma has on families and first responders, it is estimated to cost the national economy more than $27 billion per year,” Mr McIntosh said.

“This is a national social and economic crisis which requires a cooperative effort from all governments under strong national leadership.”

The Australian Institute of Health and Welfare says land transport crashes are the number one killer for children up to 14 years, the second biggest killer of those aged 15 to 24 and the third biggest killer of 25 to 44-year-olds.