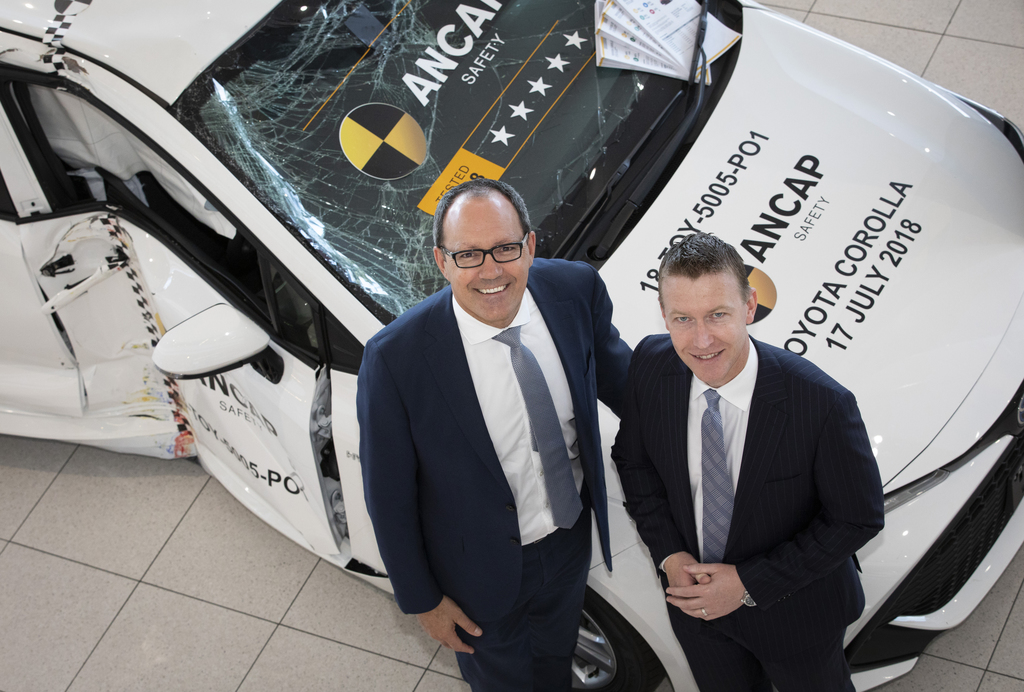 South Australian new car dealership, CMI Toyota, is the latest to take delivery of a crashed car for display within its prominent West Terrace showroom. The display is part of a national initiative - supported by the Department of Planning, Transport & Infrastructure and the RAA - to build consumer awareness and understanding of vehicle safety.

On display alongside its un-crashed equivalent, the Toyota Corolla Hybrid hatch carries the brutal marks of a side pole test replicating a run-off-road collision with a tree or pole. Crashes involving a single vehicle hitting a fixed object are the most common crash type in South Australia, with this crash type representing 35% of fatal crashes in 2018.

“Improvements have been made to reduce the number of lives lost on South Australia’s roads, but there is still a lot more to be done as any death on our roads is one too many,” said Minister for Police & Emergency Services, Corey Wingard MP.

“Safety should be the priority whenever we take to the streets, and displays such as this help prioritise what’s important,” Mr Wingard said.

“None of us want to have a crash, but being in the newest, safest car you can afford can help reduce the risk and improve the outcome,” ANCAP Chief Executive, James Goodwin said.

“Giving consumers the opportunity to see and sit in a car which has purposely been designed to protect makes the safety consideration real,” said Mr Goodwin.

“This is the first time a South Australian new car dealership has put a crashed car on display, and it is a vital tool in communicating the effects and benefits of safer cars,” said RAA General Manager Government & Public Policy, Jayne Flaherty.

The crash-tested vehicle will remain on display at the dealership for the next few months.

Images of the Corolla within the dealership and crash test footage of that vehicle can be downloaded here. 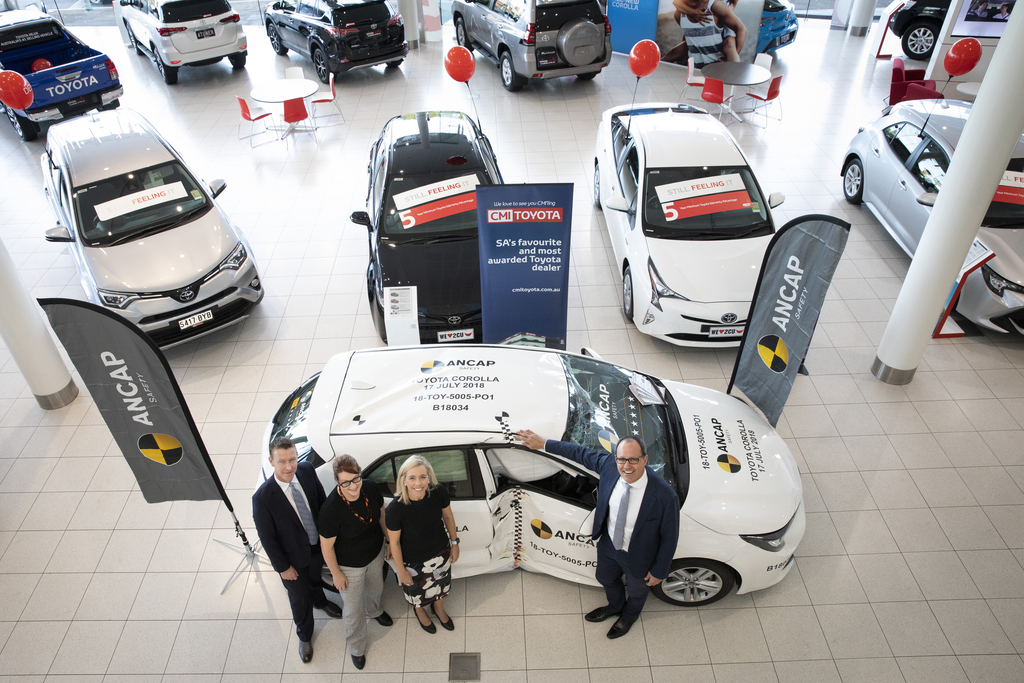 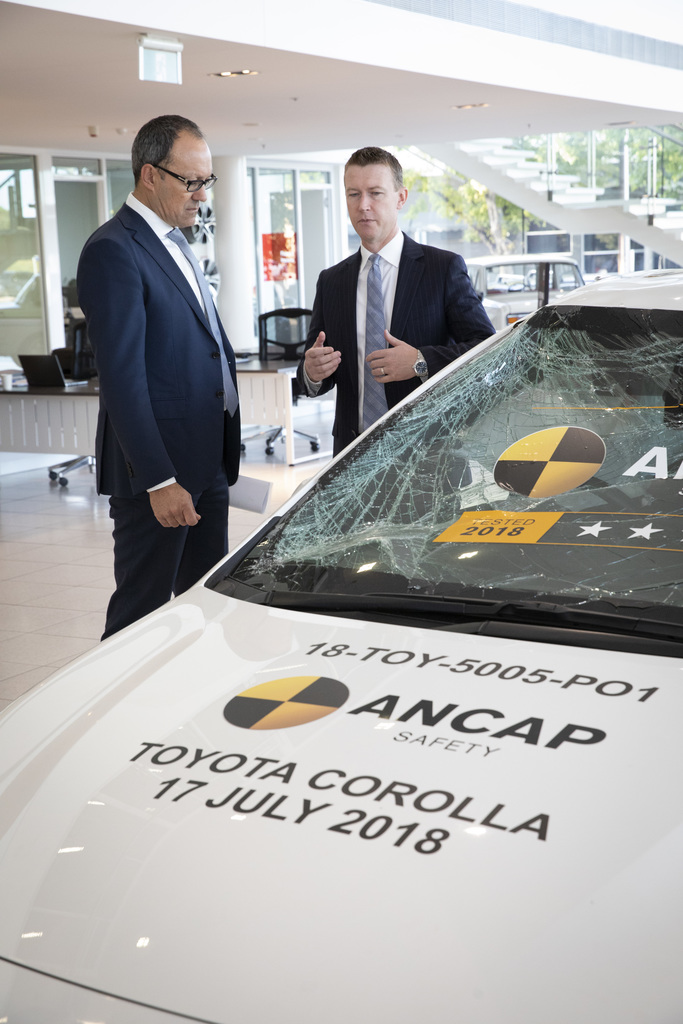 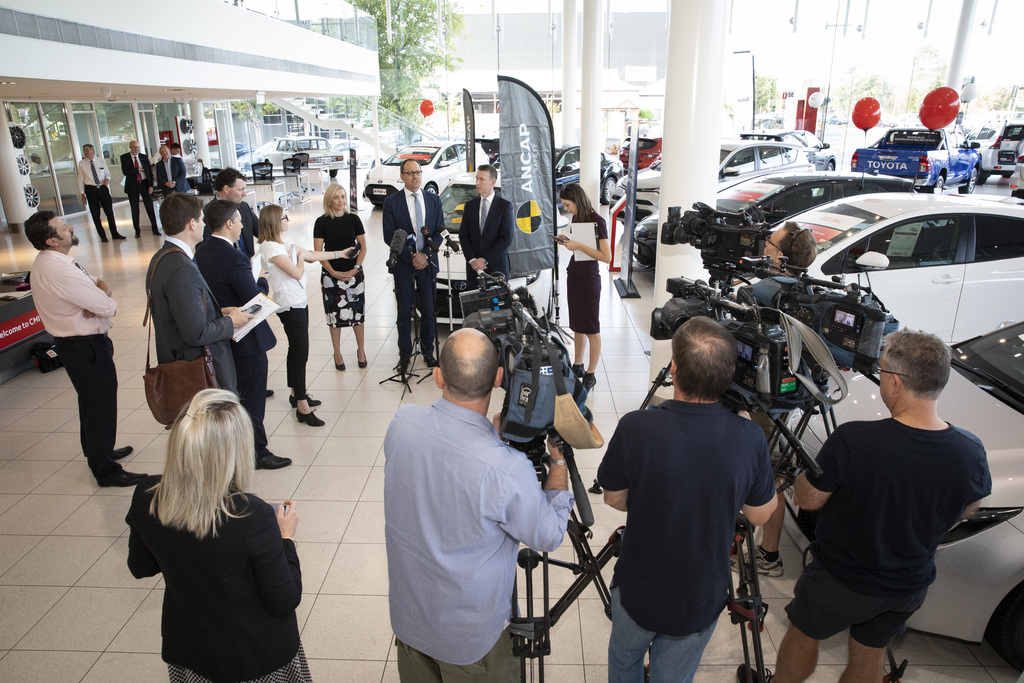 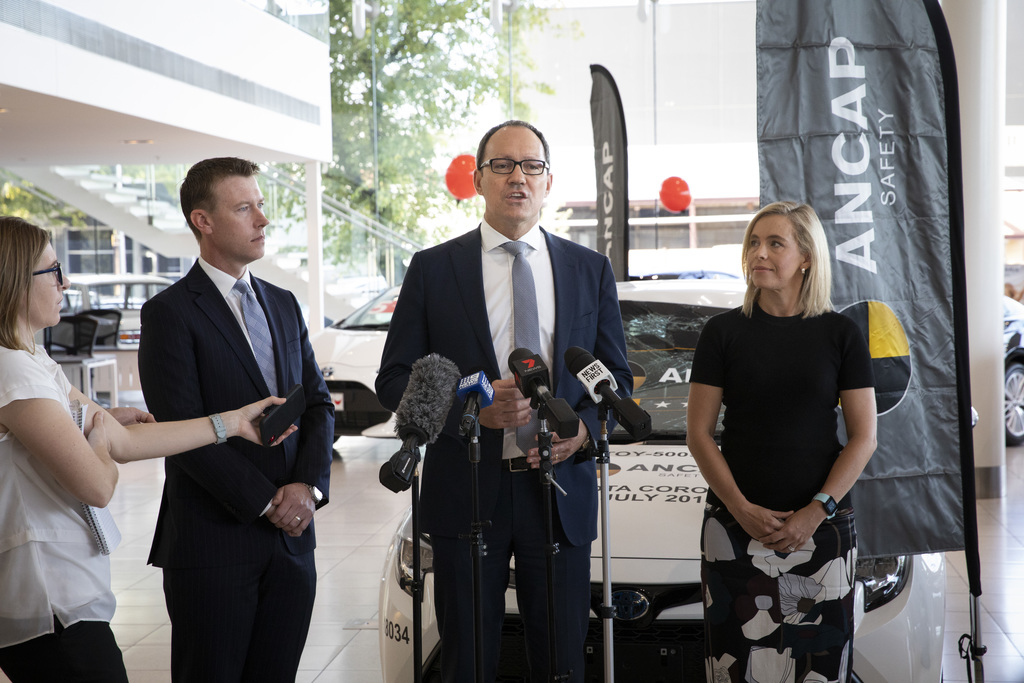 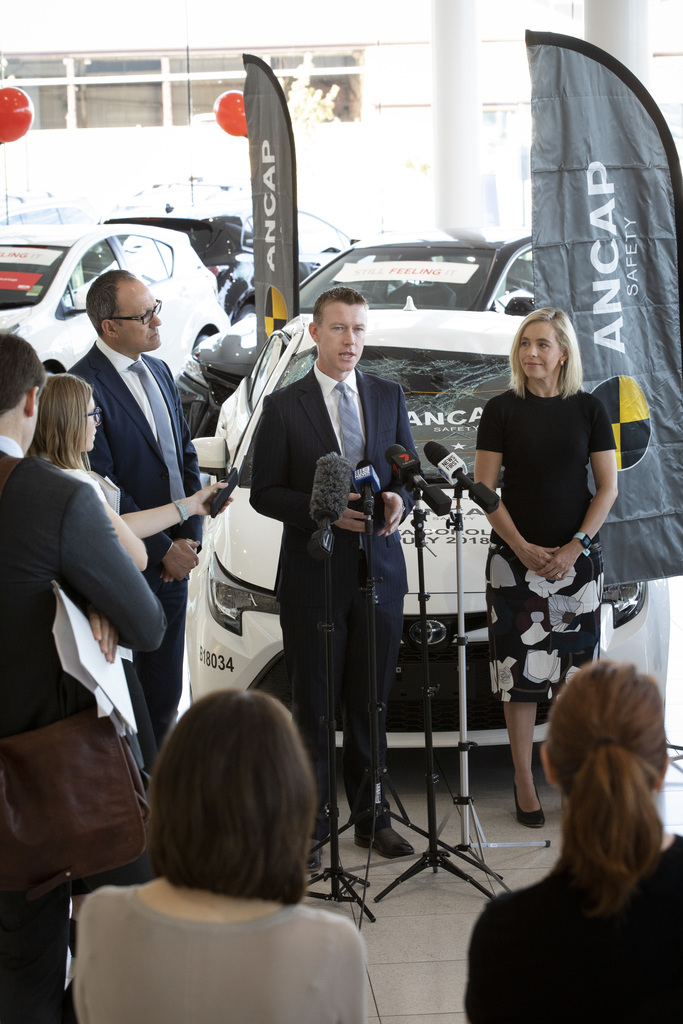