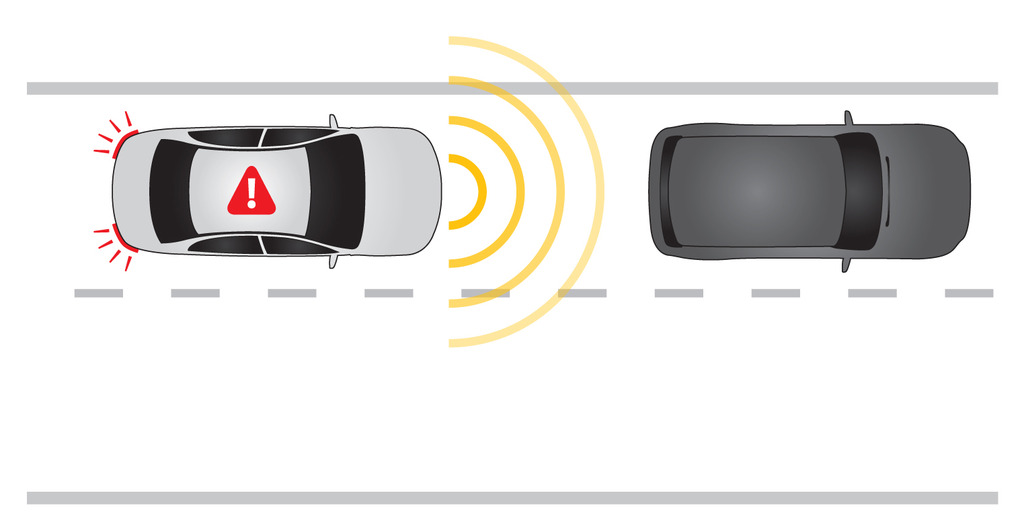 AEB is one of the more promising safety assist technologies that is becoming available on new cars - more commonly overseas than in Australia and New Zealand. The low-speed version - referred to by ANCAP as "AEB (City)" - usually consists of an automatic brake function that operates for speeds up to 30km/h or 50km/h.

"ANCAP and the Department, together with Euro NCAP, established an expert group of representatives across governments, industry, consumer and insurance organisations to determine the effectiveness of AEB in reducing real-world crashes."

Data from five European countries and Australia was used with the findings showing a 38% overall reduction in real-world, rear-end crashes for vehicles fitted with low-speed AEB compared to a sample of equivalent vehicles without AEB technology.

"These findings strongly support ANCAP's push to have manufacturers fit AEB as standard across all new cars," said Mr Clarke. 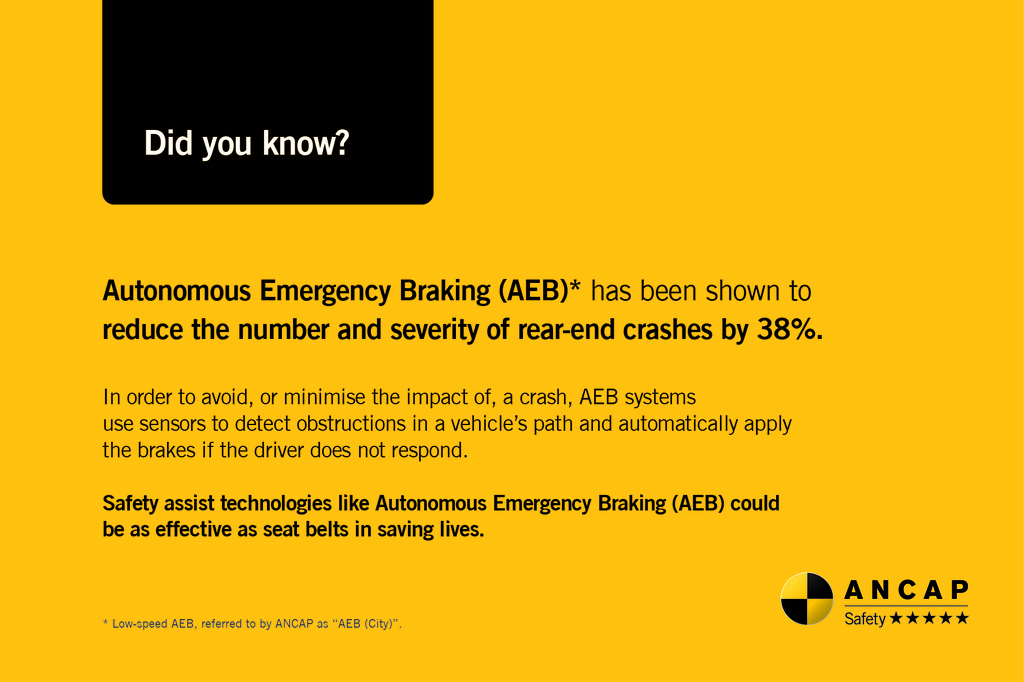 ANCAP Quick Fact: Low-Speed AEB has been shown to reduce the number and severity of rear-end crashes by 38%.