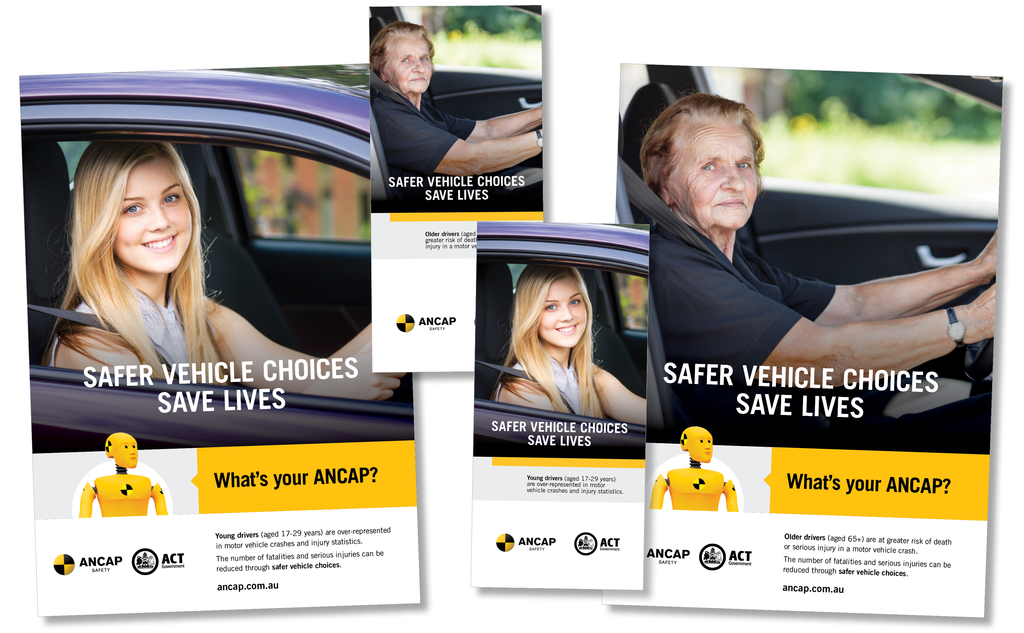 The campaign is aimed at the most at-risk road users – younger drivers, aged 17 to 29 years, and older drivers aged 65 years and over – raising awareness of the benefits of newer, safer cars.

“We tend to see our most at-risk drivers in the most at-risk vehicles,” said ANCAP Chief Executive Officer, Mr James Goodwin.

“Younger drivers are less experienced and over-represented in vehicle crashes and injury statistics, yet it is common for them to be driving older, cheaper models which lack important safety features available in more modern cars.”

“This campaign urges young people, and their parents, to talk about the benefits of being in the safest vehicle they can afford,” Mr Goodwin said.

“It’s great to see our seniors are now more mobile than ever but they too are often in some of the oldest and less safe vehicles on the road. Encouraging older drivers into safer vehicles is just as important as they are at greater risk of death or serious injury in a crash due to their increased fragility.”

“Safety is not a luxury and our most vulnerable drivers should make sure they’re in the safest car they can afford,” he added.

As the conversation starter, the campaign poses the question, “What’s your ANCAP?” encouraging all road users to check the ANCAP safety rating of their current or prospective car.

“You can’t put a price on safety. Fortunately, there are a range of five star ANCAP rated vehicles available at every price point, and we encourage all drivers - especially vulnerable road users, including younger and older people - to do their research. Put safety first, and check your ANCAP before you buy,” said Mr Rattenbury.

The campaign will be promoted across the ACT through awareness flyers provided with younger and older driver licence renewals, videos and brochures on display at ACT Government Shopfronts, bus back advertisements and across social media. 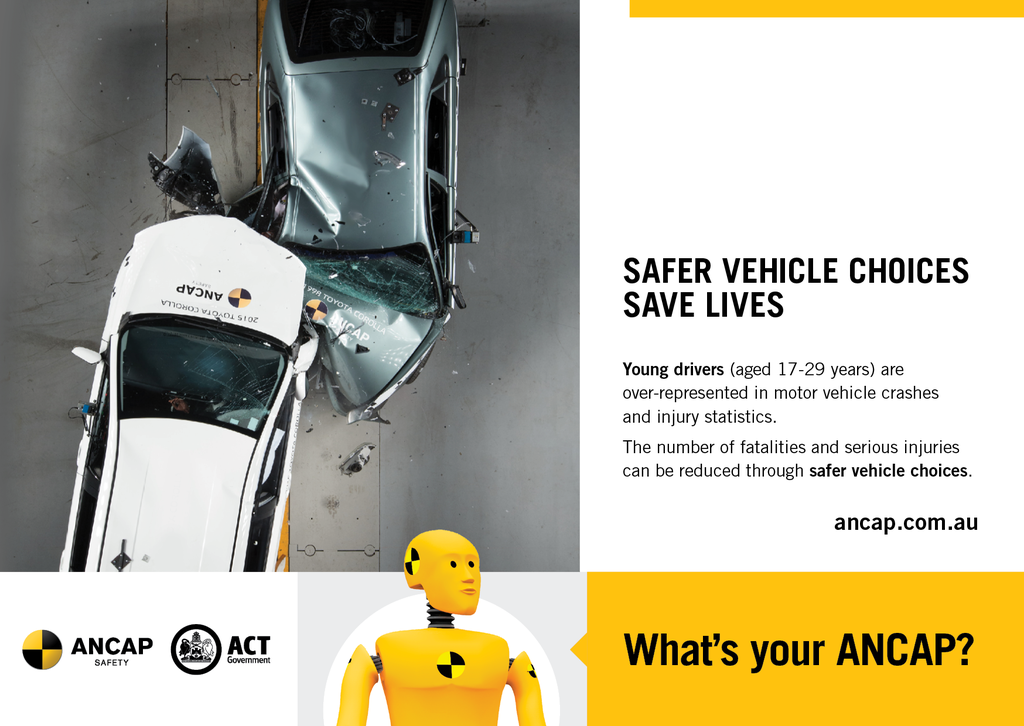 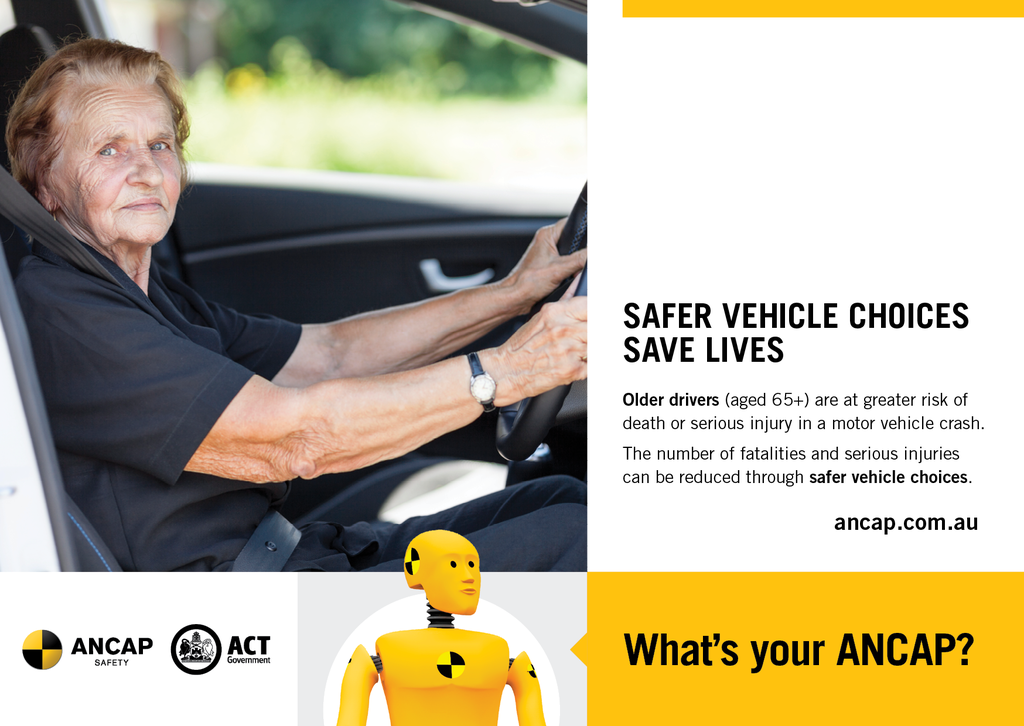 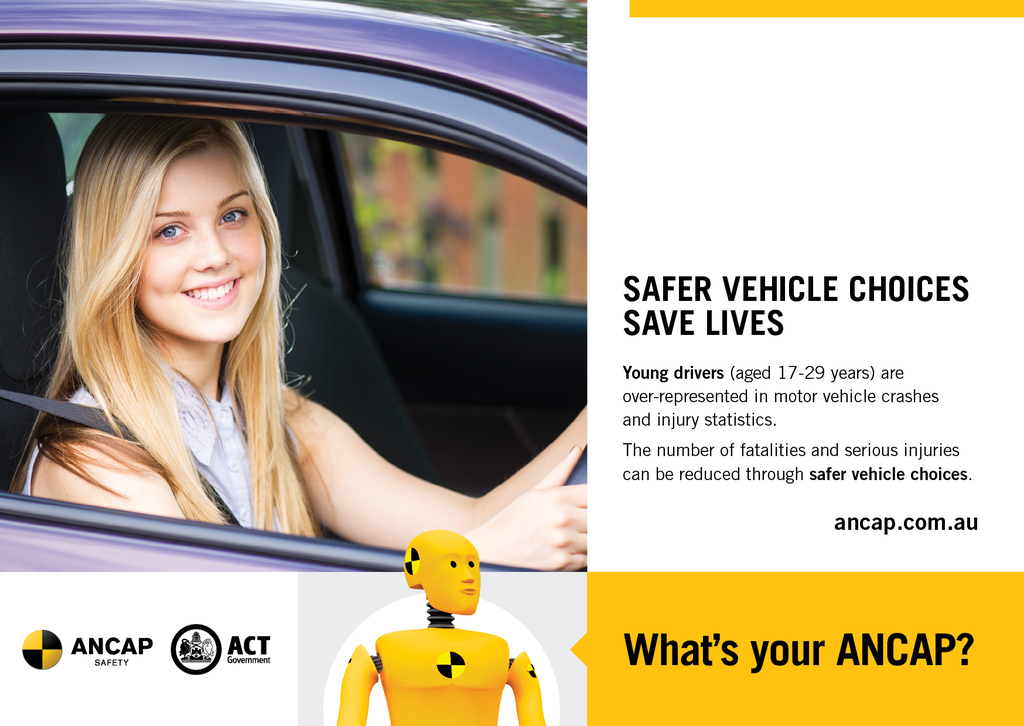