"The formation of an Indian-based NCAP is a positive step and ANCAP congratulates the Indian Government and the Institute of Road Traffic Education (ITRE) on bringing this program to fruition," said ANCAP Chairman, Mr Lauchlan McIntosh.

"Bharat NCAP is the tenth NCAP to be formed around the world and with India now the fifth largest producer of passenger cars, this new consumer program will no doubt have a direct effect on improving vehicle safety standards across India."

Identifying the risk posed by India's most common new cars, the crash results of seven models have now been published by Global NCAP. The latest being the Datsun Go (Nissan Motor Company) and the Maruti Suzuki Swift. All seven received zero star ratings for adult occupant protection.

The vehicle structure of the Datsun Go collapsed in the frontal offset crash test (64km/h). Its lack of airbags meant that the driver's head made direct contact with the steering wheel and dashboard. The dummy readings indicated a high probability of life-threatening injuries. The failure of the body shell makes fitting an airbag redundant.

The Maruti Suzuki Swift's structure showed signs of collapsing in the frontal offset crash test. The lack of standard-fit airbags meant that the driver's head made direct contact with the steering wheel. Likewise, the dummy readings indicated a high probability of life-threatening injuries. Unlike the Go however, the fitting of airbags would improve occupant protection.

Global NCAP Secretary-General, Mr David Ward said, "We welcome the initiative of the Indian government to launch its own NCAP and recommend that this positive step is combined with the application of the UN regulations for frontal and side impact. Prompt action like this would prevent the introduction of brand new models like the Datsun Go, which has a body structure so weak that it is pointless to fit an airbag."

Mr Ward added, "It is disappointing to see a global company like Nissan launch a new car design in 2014 that so clearly falls below UN safety standards. This runs counter to the objectives of the UN Decade of Action for Road Safety." 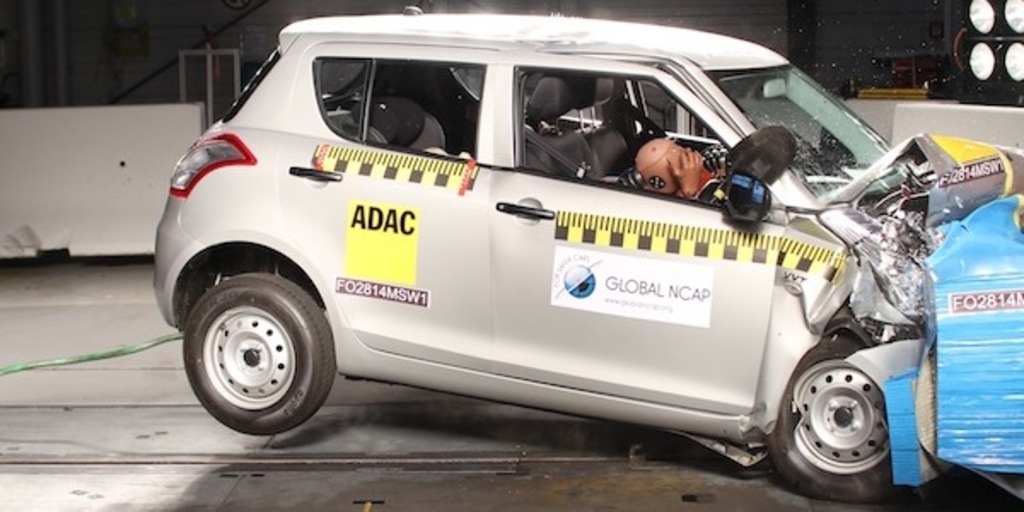